A sheer example of finesse, actor Nikitin Dheer says that it’s very important to keep your individuality up in the game. With his portrayal in ‘Shershaah’ and now blockbuster ‘Sooryavanshi’, Nikitin has been winning hearts once again.

Talking about the feeling, Nikitin says, “
It feels great because our film Sooryavanshi was supposed to be released in 2020 and ‘Shershaah’ was would have released later. By god’s grace, we received such a great response from ‘Shershaah’. People wanted to know more about the characters associated with the protagonist in greater detail. That was a victory.”

However, the sudden outbreak of pandemic delayed the release of ‘Sooryavanshi’ for about a year. But as they say- ‘Better late than never. Nikitin shares, “Being a part of Sooryavanshi, as an actor, I believe in what we have made. Rohit Shetty is one of the brilliant directors of the country. By delivering Sooryavanshi, we are bringing back families to the theatres in the best possible way. I feel delighted working with such distinguished and lovely actors. In Mumbai, all the covid norms are being strictly followed at the theatres. I have been to watch Sooryavanshi with my family as well. I would say, the audiences would feel extremely safe and delighted to watch Sooryavanshi in theatres.”

Of many roles, Nikitin’s portrayal of ‘Tangaballi’ in ‘Chennai Express’ is an eternal one. “It is true that I have played negative characters in many films. But Tangaballi character had a different shade and approach. It was not an intense negative character. Rather, as Rohit Shetty puts it, I played the second lead there. Tangaballi character is loved most by the children. In contrast to that, the character I played in ‘Shershaah’ was something I was looking for to break the image of my portrayal of negative characters. My character in ‘Shershaah’ was strong yet had a lighter side. So when ‘Shershaah’ came on my path, I felt really happy. The casting director of the movie took a chance with me for this character believing that I would be doing justice to it. And even more when the audience accepted and appreciated me in that Avatar too,” says Nikitin.

Well, acting is not what Nikitin always dreamt of pursuing. But life had its plans.
Sharing about it he says, “I wanted to join the Indian army back then. But since my grandmother had seen the miseries of partition, I didn’t want her to go through those memories again. Life took turns and I got into acting and eventually, I began to love this industry. I was seventeen when I started working in this industry. I was working in production. At that time there were no computers so payments were done by cash. My likeness towards this industry began when my father was acting in Mahabharat. Seeing him acting on sets, his comradery with co-actors and that developed likeness in me for acting.” 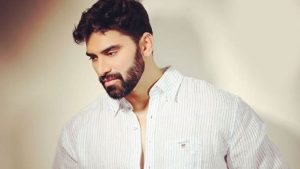 As an actor, Nikitin has carved a niche for himself in the entertainment industry. The audience has witnessed Nikitin in many action sequences on screen. Talking about it he says, “Though I am well-trained in fights, what you see on screen is different. We don’t touch each other on screen. But at some camera angles, we have to touch slightly our co-actors. Since I have shared the screen with actors like Shahrukh Khan, Akshay Kumar, Salman Khan, we used to have action sequences in the movie. It is overwhelming to see Shahrukh Khan in an action sequence especially for his reactions. I feel, when I work with such distinguished actors, they are so much well oiled with skills that I get a lot to learn from them.” 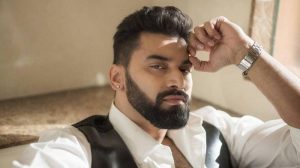 Nikitin sums up by saying, “During ‘Sooryavanshi’, I received the words of encouragement from Rohit Shetty. His words will always remain a sense of support and inspiration for me.”