As part of Odisha Diary’s new “Odisha in World Affairs” series in academic collaboration with Kalinga Kusum Foundation, we bring you an interview with Dr. Binoda Kumar Mishra to reflect upon India’s Act East Policy, role of Odisha in this and whether the ten heads of Southeast Asian countries joining the India Republic Day of 2018 will strengthen India’s bond with the countries in the region and with the regional organization of ASEAN. 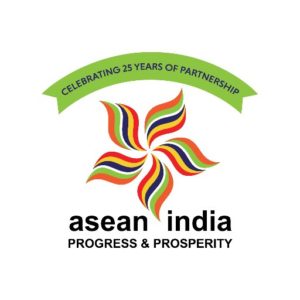 Dr. Binoda Kumar Mishra is an alumnus of Ravenshaw, Utkal University and Jawaharlal Nehru University (JNU). He has a PhD in International Relations from JNU. He is now the Director of Centre for Studies in International Relations and Development (CSIRD), Kolkata. CSIRD is known for its pioneering work in areas of BIMSTEC, and now is globally known for housing the innovative Kolkata to Kunming (K2K) Forum. Dr. Mishra, as the Secretary-General of the K2K Forum, has provided inspiring leadership in increasing India-China interactions through para-diplomatic engagements.

In this interview with Kamala Kanta Dash, Dr Mishra discusses the journey of look east policy, the potential of Odisha in the act east policy and highlights the 3Bs of Odisha. He thinks 3Bs; Buddhism, Bali Jatra and Biju Patnaik are the three Best representatives of Odisha’s soft power in South East Asia.

Q- Welcome to Odisha Diary. Ten ASEAN leaders will be in India. How do you see this development?

Thank you for having me. Very positive development, indeed. In fact, I see it as the first tangible move under the Act East Policy.

Q- Is it mere symbolism or is there any diplomatic gain in having ASEAN leaders as state guests on the Republic Day?

Yes, it has symbolism and much more. The symbolism refers to marking of the 50th year of formation of ASEAN and 25 years of India ASEAN partnership. It has to be understood that India enjoys great soft power advantage in the whole of ASEAN region. One of the strongest soft power features of India, not only in the eyes of the ASEAN countries but also in the eyes of the world, is her thriving democracy. So, inviting ten heads of States to the celebration of democracy would certainly enhance India’s standing in ASEAN. It would be an occasion when the whole of ASEAN would witness India’s democratic celebration and the presence of the ASEAN State Heads would send a clear signal of India’s desire to deepen India’s engagement with ASEAN.

Q- Modi government has stressed on to move from Look East to Act East. Do you see any tangible gain in the change of foreign policy vocabulary or is it rhetoric?

It must be admitted that nothing much has changed in terms of nature of engagement with the change in the lexicon. But one can hope that this occasion would actually make a new beginning. The planned meeting of Prime Minister Modi with each of the Head of the States on the eve of the Republic Day may  address some of the sticking issues such as Regional Comprehensive Economic Partnership (RCEP) and come up with new initiatives that would deepen India’s bilateral relationship with each of these countries and with ASEAN as a group.

Q- India has historic linkages with the region. Look East policy has been a welcome initiative. Many argue that we have not been able to fully utilize the potential of this relationship. Do you agree?

Historians date the beginning of the contacts to second millennium BC and provide evidence of Indians ruling the states in Southeast Asia. There are caste based theories on possible reasons for Indian migration into Southeast Asia. While the Vaishya theory advocates trade as the primary nature of contact, the Kshyatriya theory puts forward political conquest as the chief purpose of contacts. On the other hand, the Brahmana theory suggests that it was through the spread of knowledge and Hindu religious practices that Indian influence over Southeast Asia was anchored. Given the nature of evidence, one finds in Southeast Asia, it can be submitted that the ancient contacts had all three, i.e. trade, knowledge and political motivations on the part of Indians to engage themselves with Southeast Asia.

So one has to understand what potential we are talking about. We in India first need to articulate our objectives vis-à-vis South East Asia. I think at present there is a little bit indecisiveness about India’s South East Asia engagement. I am saying so with the awareness that there are around 30 dialogue mechanisms between India and ASEAN and other high-level forums including India-ASEAN Summit-level engagement. Once we decide for ourselves our preferences, I believe the engagement would start producing tangible results.

Q- South East Asia is connected to India through North East India. There was a focus on NE India in the second phase of Look East. Have we achieved anything in this direction?

You are correct that NER came to focus within the framework of India’s Look East Policy only in its second phase because before that NER or for that matter India did not have land contiguity with ASEAN. It is only after Myanmar Joining ASEAN in 1997 that contiguity was established and it was through NER. Now it has been 20 years that NER is in the scheme of things of India’s Look/Act East Policy but there have not been any discernible dividends for NER from this. Does one need to ponder on why? Say for the economy. Why has NER not benefitted from increasing India ASEAN trade? You see the relatively developed economies of ASEAN such as Singapore, Thailand Indonesia and Malaysia are much better connected with India through the seas. One does not find enough economic rationale to trade with India through NER.

Q- You have argued that BIMSTEC can benefit NER and complement to India’s Act East Policy? Why do you think so?

If NER is to be developed seriously then different mechanisms need to be worked on simultaneously to supplement or complement the Act East Policy. Primary among them is BIMSTEC. In fact, BIMSTEC can be the only mechanism that would bring NER to the centre of India’s multilateral regional engagement. It is within BIMSTEC that NER’s development issues can be catered to as BIMSTEC talks of sectoral and technical engagement. Thus the sectors relevant for NER’s development can be focused on harnessing the potential of NER within a BIMSTEC value chain.

Q- Para-diplomacy is the flavour of Foreign Policy engagement now. But India has not used Bengal and Odisha in this engagement? How do you think Odisha is located in this context?

Yes, para-diplomacy is the in thing now but it is yet to be adopted in India except few exceptions like with China Chief Ministers of Indian states can engage with China through the Chief Ministers Forum (under the coordination of the Centre of course). The government of India has come up with a division within its Ministry of External Affairs called the “States Division”. Its purpose is to articulate the interests of the states that can be addressed through external engagement. Secondly, it also has the mandate to facilitate para-diplomacy. In fact, we in CSIRD have been advocating for such approach for the success of the Act East Policy.

It is now time to rejuvenate these ancient interactions between India and Southeast Asia, making the eastern Indian state of Odisha one of its fulcrums and graduating it to a nodal point for operationalizing Act East Policy. I believe Buddhim, Bali Jatra and Biju Patnaik are 3Bs to best connect with the region.

Q- Do you see India getting closer to ASEAN is only to create a counter-balance because of China’s hegemonic designs in the region?

Given the Global power shift that is taking place, there are sufficient allusions that two countries that are going to assume significance in near future are; China and India. Given that baggage of history between the two, there is a tendency to look at India China to be engaged in a zero-sum game everywhere. I am not denying that there is no chance of India and China facing each other, among other places, in South East Asia. But my premise is different. Both China and India are billion plus populated countries and are on the path of development. They require huge resources which neither possess sufficiently. Thus in their search for resources, they are bound to face each other, though not always but mostly, in a competitive mode. That future cannot be said to be playing now.

In fact, if one looks at the timeline of engagement with ASEAN, it was China that followed India. It is true that owing to China’s superior economic might it has created a better place for itself in South East Asia. But there still are great scopes for India to have her engagement with South East Asia. Coming to think about it India and China can, in fact, complement each other in their engagements with South East Asia. The much talked about Sino-Indian hardware-software combination can create a situation of a win for all – India, China and South East Asia. While future competition cannot be ruled out, I don’t see India’s Act East Policy is directed at China’s position there at all.

Q- What would you recommend to the industry and entrepreneurs in Odisha to get the best out of this India-ASEAN engagement? What is CSIRD doing in this direction?

Explore, Engage and Invest are my recommendations for entrepreneurs of Odisha. We at CSIRD are soon coming up with an investors’ guide on one of the South East Asian Economies and soon would start working on other economies. Those documents, I hope would provide the much needed relevant information for potential investors to take strategic decisions in exploring opportunities in South East Asia. Attracting entrepreneurs from Odia diaspora will give the state a great boost. I think the state government should think of having a policy document that articulates the contours of engagement with ASEAN nations in next 5 to 10 years.

“The song should be the hero in itself” says lyricist Kumaar

That’s What Made ‘Thoda Thoda Pyaar’ Love Anthem Of The Year !