Bhubaneswar; 24 December 2019: Hero Indian Super League (ISL) club Odisha FC has announced the launch of All India Football Federation (AIFF) approved Sai-Odisha FC Golden Baby League which started today in Bhubaneswar. The matches are being played at the Sai International School in Bhubaneswar and will continue for the next two months. 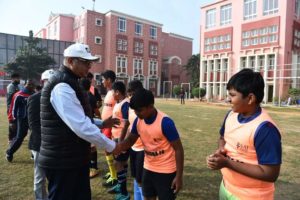 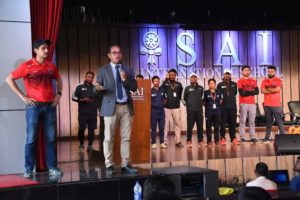 Around 250 budding footballers of the school in Under 7, Under 9 and Under 11 categories have enrolled for the competition. There will be eight teams in each category and each team will play 28 matches over a period of the next two months.

Odisha FC is delighted to announce the launch of (AIFF) approved Sai-Odisha FC Golden Baby League which started today. The matches are being played at the Sai International School in Bhubaneswar and will continue for the next two months.#OdishaFC pic.twitter.com/Im5ZG0tlMh

Speaking about the launch of the Baby League program, Head of Football Development of OFC Mr. Aakash Narula said, “Through our partnership with Sai International School we envision to give professional and competitive football to as many students as possible, thanks to the AIFF Golden Baby League. This is a historic moment for Bhubaneswar and Odisha, with the first baby league activated in the state and helping us nurture the students to become great footballers and better human beings.”

MCL showcases use of VR, AI technology in coal mining at MiO 2022