Singer Swayam Pravash Padhi from Odisha has made quite a place for himself in the music arena with his melodious voice and subtle approach towards independent as well as mainstream music. In a candid conversation with us, he says that his journey in singing had began since his childhood. “I have been learning music since my childhood. That process continues as I learn every day. When in school, I used to be very disappointed when I didn’t bag the first prize in any singing competitions. While I was in the software sector, there was one singing competition to which I couldn’t make it through. Due to that, I faced self-disappointment again.”

Eventually, he left his technical career in Bangalore and moved back to Bhubaneswar to pursue music. “I bagged the second position in ‘Voice of Odisha’ season 3. Even after that, my journey in music was not flowing as per expectations.”

Mentioning about his appearances in reality shows, he says, “Be it your appearance as a contestant in a reality show or for recording purpose, you have to keep on proving yourself at every step. If you have come to the industry through a reality show, the stakeholders may approach you only after some time and not immediately. I created my first cover song ‘O mere dil ke chain’ on a karaoke track. That happened after a lot of struggle because I had no idea about recordings, studios etc. I also feared exploitation. But when I uploaded the song on my YouTube, it was the biggest hit of my life.

After Voice of Odisha, I appeared in some other bigger reality shows but couldn’t make it to the top. That made me realise not to run behind the mirage. I thought of utilising the equal amount of time for YouTube and connect with a larger audience. My family and my wife have always been supportive. Till now I have made some 50+ covers and some original contents on my YouTube which has gained me popularity. My debut playback song was ‘Tu Nua Shayari’ which became a massive hit.”

He further adds, “For me, my job in the IT industry and my musical career both stand side by side. I use my knowledge in my technical job and my passion for music equally. Job gives me that financial security during ups and downs in my musical journey. I don’t get frustrated because I keep on investing my time, talent and money in what I like to do.”

When it comes to YouTube Swayam is a popular name. “Digital is the ultimate space for artistes. I believe that my YouTube has become a resource for aspiring artists who deserve digital visibility. On a win-win note, my YouTube channel proves beneficial on both parts. They write, compose and feature me as the singer.

Rising in the ladder is always an open option and I would love to avail of that. I would like to sing in different languages as I have lived in different places. Recently, I had done the cover of buttaboma which became popular,” he says about his experience. 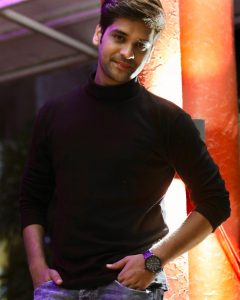 About exploring new opportunities in different industry, he says, “Artists in our industry are getting so much work here that mostly we have stopped thinking to explore the other domain. Things have become settled and comfortable here. When I ask myself this question, I believe that right now I don’t have time and connection to re-explore any other domain.

Due to the mother tongue influence, many of us face a little bit of difficulty in singing in foreign languages but with practice and delligence, I guess anyone can overcome it.

Since I have lived in different places, music scenario is different everywhere. In Bangalore, you will find karaoke but in Kolkata live music thing is predominant.”

“In Odisha, the YouTube game is getting stronger. You see, there are certain YouTube channels on which singers are releasing their contents often,” concludes Swayam.

Another 8547 Covid patients have recovered in Odisha Today