Bhubaneswar: In a first of its kind initiative, the city festival “.FEST” being organized by Bhubaneswar Development Authority and Odisha Tourism on the sidelines of the Men’s Hockey World Cup, will have an International Storytelling Festival exclusively for children. It is unique because rarely do city festivals have a major attraction for the kids or have something that is educational, while it is entertaining as well.

“BhuFeSto’’ as the International Storytelling Festival is named, will be curated by Bakul Foundation, a volunteering movement that has been leading efforts at reading promotion and storytelling across the State. The Festival will be held from 6th to 10th December simultaneously at three locations across the city: Buddha Jayanti Park in Chandrasekharpur, Indira Gandhi Park opposite Secretariat and Kharavela Park near the historic Jain heritage site Khandagiri-Udayagiri from 2.30 PM to 7.30 PM.

Interestingly, it is being planned as a regular annual event of the city of Bhubaneswar and aims to be the biggest storytelling festival in the country and one of the most popular such event in the world in the coming years.

Moreover, “BhuFeSto’’ also will be very attractive to children as its focus is children, who are a major driver for tourism as families will then plan travel to Bhubaneswar for the Festival as there is a very attractive offering for children. That is why the Disney theme parks attract so many tourists to the cities such as Florida, Paris etc where they are located and the Nandan Kanan Zoo gets the maximum tourists in Bhubaneswar. This is the first time probably in India that a storytelling festival and such a large event targeting children is a key component of a City Festival as .FEST stands for Food, Entertainment, Stories and Trails. This shows the premium the city of Bhubaneswar gives to children as it grows as the leading child-friendly Smart City of the country.

The festival is being organized in parks to ensure that most people and particularly children will find it convenient to go to a park near them without much fear of long distance travel. Open Parks were chosen so that many people can participate and its child friendly and informal. 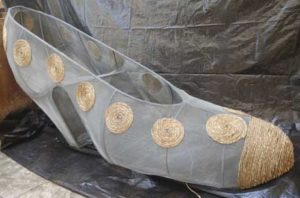 “BhuFeSto’’ boasts of some of the best storytellers in the world such as Paula Martin from Argentina, Wangari Grace from Kenya, Dr. Wajuppa Tossa from Thailand, Dongjoo Bang from Korea and Sabrina Anastasia from France.

There will be performances from the rich storytelling traditions of India such as the 13th century Urdu oral storytelling form of Dastangoi represented by its most famous practitioner Himanshu Bajpai, the folk Pandavani tradition from Chhattisgarh represented by its most eminent contemporary performer, Ritu Verma. The famous Manganiyar tribe of folk musicians from Rajasthan, who have given Hindi cinema many popular songs such as Nimbuda Nimbuda, will also be performing for the first time in a collaboration with Deepa Kiran where stories will be interwoven with songs. The rich storytelling tradition of Ravana Chhaya (shadow puppetry) from Odisha will be presented by Gauranga Das and other storytellers in Odia include the cine star, Usasi Mishra, the doyen of theatre, Anant Mahapatra and popular storyteller, Prachi Tara Mishra.

There is also an elaborate outreach programme in the city in which about 10 schools are being mapped to each storytelling venue and storytellers are going to schools to conduct sessions to introduce children to the beauty of the world of stories mediated through storytelling and to promote the festival.