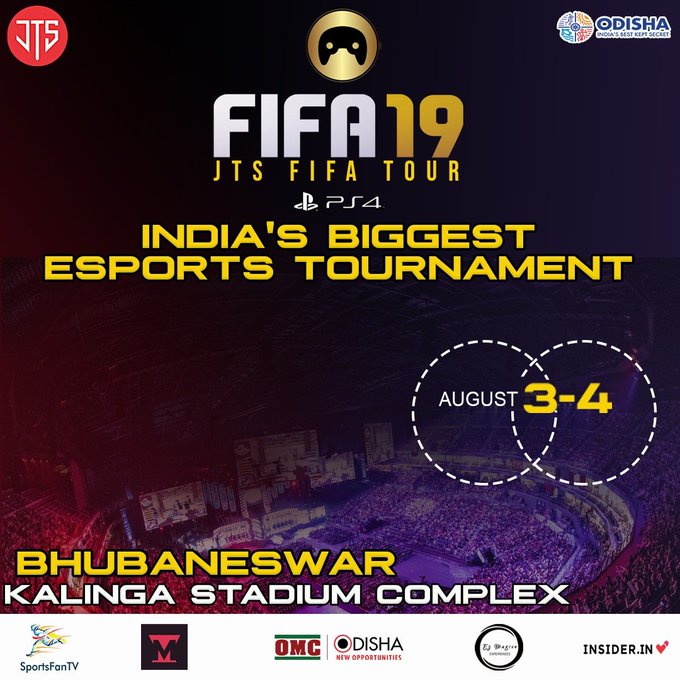 Bhubaneswar: The qualifier round of the FIFA World Tour, India’s biggest eSports tournament, will be held at the Kalinga Stadium in Bhubaneswar from August 3 to 4.The Prize pool For the event is 1.5 lakhs.

“Just Think Sports is delighted to announce that it will host its qualifier round of the FIFA World Tour, India’s biggest eSports tournament in Bhubaneswar,” said in a statement.

#eSports is the next big sporting discipline and you will have a chance to watch the qualifier round of the JTS #FIFA World Tour, India's biggest #eSports tournament at #KalingaStadium, Bhubaneswar. #Odisha2019 #JustThinkSports pic.twitter.com/Ndkwm1EHoK

“Bhubaneswar has positioned itself as the ‘Sports Capital of India’ and we are proud to onboard Odisha Sports and Odisha Mining Corporation as partners,” the statement added.

“Odisha is leading the way when it comes to sports or sporting events. Esports is the next big thing and we are happy to support and host this event at the Kalinga Stadium,” said Vishal K. Dev, Commissioner-cum-Secretary, Odisha Sports and Tourism Department.