Bhubaneswar: UN Women hails Odisha CM Naveen Patnaik Odisha CM’s effort on 33 percent reservation for women. United Nations Entity for Gender Equality & Empowerment of Women (UN Women) in a letter to Odisha CM Naveen Patnaik: We are pleased that the Govt of Odisha has showcased leadership by proposing 33% reservation for women in Parliament & the Assemblies on 20 November, 2018. 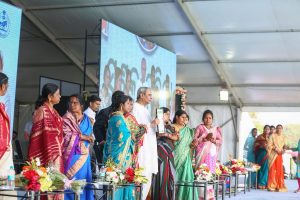 In a letter to the Odisha CM, the Deputy Country Representative of UN Women Nishtha Satyam has expressed happiness over this new initiative. The UN organisation has said that such an initiative by the Chief Minister will renew the dialogue at the National level which is awaiting constitutional amendment berme the Parliament.

The letter said, “We commend your thought leadership and support on the fact that the economic and social progress can be sustained, only if half of the population, have a role in the highest decision making bodies of the States and the Country.”

The letter also mentioned that Women face barriers in exercising their agency and voice. The UN Women has been striving towards building capacities for women and offering campaigns for gender equality to overcome this restriction. The UN body has expressed its desire to continue the partnership between UN Women and the State Government in various sectors including women empowerment and development of a just and equal society.