Bhubaneswar : Popular Ollywood actor Babusan’s eagerly awaited film ‘Daman’s trailer got released on the social media platform by its production house JP Motion Pictures. COVID related restrictions made them resort to social media for this purpose. However, the directors of the film Bishal Morya & Devi Prasad Leka had announced that the official trailer of the film would be released on the Republic Day. After release the trailer has aroused much excitement among cine-goers. 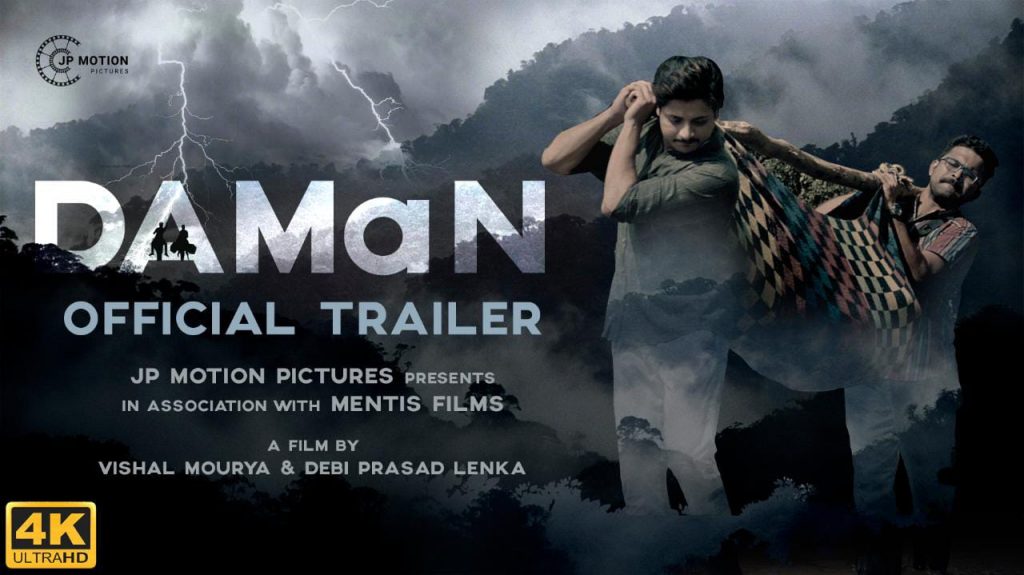 The trailer looks promising and it might bring a tsunami of a completely different genre ever made in Ollywood industry. It is based on real events. It is a story of a doctor, who fearlessly conducts his duties without caring about any consequences. His struggle for making people aware of the fact that malaria cannot be cured through superstitions but it can only be cured with proper awareness among the people in the remote place of Odisha, where there is not even a telephone tower and proper communication. As we all know that Odisha is among the top contributors of Malaria and no proper steps were ever taken to raise this issue. This is a story of an impossible and incredible journey of a doctor who is desperate to save people of Malkangiri from Malaria.
“The movie is expected to receive appreciation from viewers who complain that Odia films lack novelty and originality” said Dipendra Samal the producer of Daman.