Bhubaneswar: (Avilash Panigrahi) Team Odisha FC was given a warm welcome by The Juggernauts- the fan group of the club on their arrival in the city. The fans greeted the team with big banners and cheers & the players & officials also obliged the fans.

WE LOVE OUR FANS!!!! We are humbled by love and effort. Thank you for making us welcome. We hope to make you and the state of Odisha proud this season💪⚽️ https://t.co/2OWqY1cuvp

The squad of the Odisha Football Club arrived in Bhubaneswar on Sunday evening for preparations ahead of its debut in the sixth edition of the Indian Super League (ISL) scheduled to commence from October 20. Odisha FC to start their ISL campaign against Jamshedpur FC on 22nd October at JRD Tata Sports Complex in Jamshedpur. 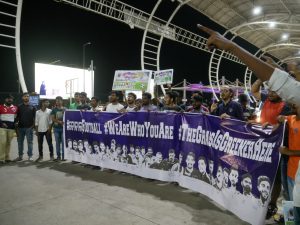 The squad which has two players hailing from Odisha- midfielder Shubham Sarangi and goalkeeper Ankit Bhyuan were given a rousing welcome by the fans. “It is a proud moment to represent our own state and we hope to give our best. I cannot express my feelings and cannot wait to get started. I urge people to come to the stadium and support us in huge numbers,” midfielder Shubham Sarangi said upon his arrival at the Bhubaneswar airport. 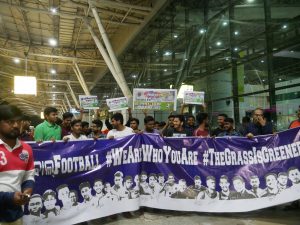 Echoing similar sentiments, goalkeeper Ankit said, “Odisha FC is the state’s first football team which is going to play in the Indian Super League, India’s top football league, so we are confident of giving the best shot.” 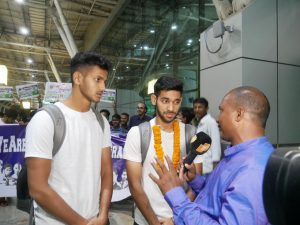 The team will practice for the upcoming league at their home ground Kalinga Stadium and play its first home match on November 24 against ATK.