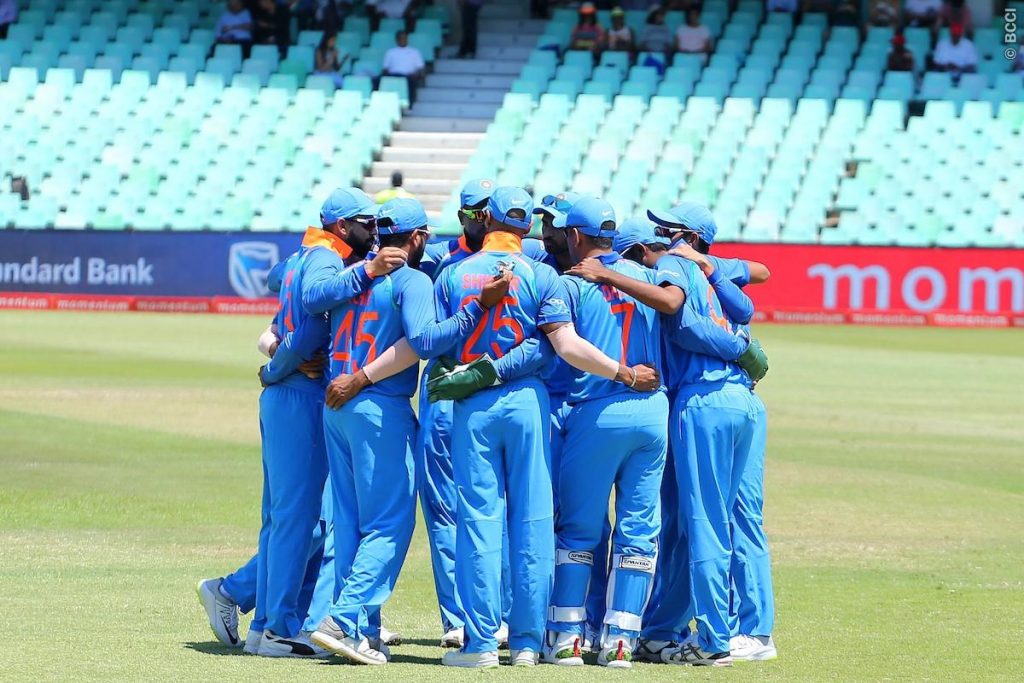 Rohit Sharma has been brought back in the Test squad while Jasprit Bumrah has been rested from the limited-overs series along with all-rounder Hardik Pandya.

Virat Kohli will lead the team in all three series after the captain made himself available for the full tour. It was initially reported that Kohli would be rested for the limited-overs series but the 30-year-old has decided to play all three formats in the West Indies.

Wicket-keeper Rishabh Pant is a part of the ODI, T20I and Test squads along with Kohli and Rohit.

Wriddhiman Saha will rejoin the Test side after a gap of more than a year. Saha last played in the first Test against South Africa in Cape Town on January 2018, after which he was ruled out for the rest of the series with a shoulder injury for which he eventually underwent surgery last August.

India will be missing the services of MS Dhoni in the limited-overs series after the former captain made himself unavailable for the next two months. Dhoni, who holds an honorary post of Lieutenant Colonel in the Parachute Regiment of the Territorial Army, will be with his regiment for the said duration. He had made this commitment even before the Cricket World Cup 2019. 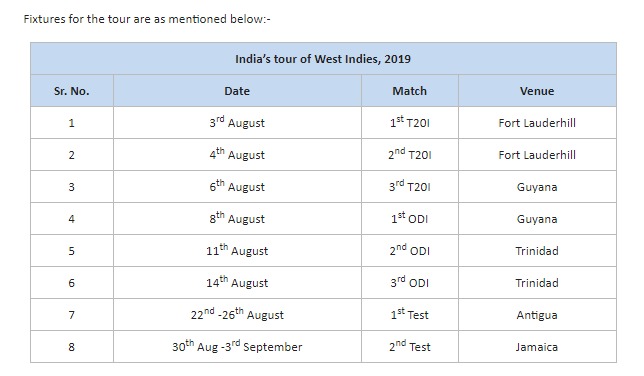 ISL club Delhi Dynamos to shift base to Bhubaneswar