For people of the 90s to Gen Z, Shibani Kashyap is a popular name when it comes to pop music. Shibani rose to fame in 1996 with the signature tune of the AIR FM channel of All India Radio. Some of her best works include ‘Sajna Aa Bhi Jaa’, ‘ Tum Bas Tum’, ‘Prem Dank’ from ‘Waisa Bhi Hota Hai Part 2’, ‘Zinda Hoon Main, Kya Main Zinda Hoon’ from ‘Zinda’ etc.
About her career, she says, “It’s been a long journey of 20 years since I started my career with ‘Hogayi Hai Mohabbat’. But my Journey as a professional singer had started before that in 1996 with the signature tune of AIR FM. Rainbow came later. In 1996, Indian radio underwent a major revolution. It became 24 hours and that too stereo and FM. FM was launched with a wide gamut of music which used to play 24 hours a day. It used to play English, Bollywood, Ghazals, Sufi, etc tracks. It used to be a mix of everything. So radio kept everyone glued to itself. And I am proud that it was launched with the signature tune sung by me.”
Covid 19 pandemic has broadly brought everyone to digital space, including music concerts called as ‘webcert’. Shibani is one such artist, who initiated the trend back in 2010.
“I was the first artist to do a webcert in 2010. At that time the concept of webcert was new. I felt very strange at first because I used to have people around me during my concerts.
So I spoke to the team to fetch at least 4-5 people as an audience to interact with. In that one concert, one lakh people all across the world joined us. It felt ‘wow’. Then we did routine of such concerts but I didn’t know that this is going to be a thing of the future.” 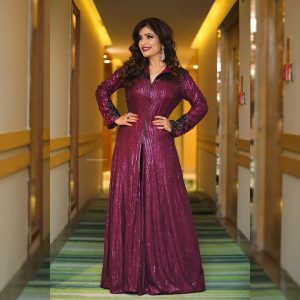 Being a trendsetter, Shibani has always been ahead of time as an artist. When it comes to performance, she says, “I loved to set a trend performing live with guitar and I am really glad that many singers afterward followed me in that. But still, a lot of female singers don’t do it because they are somewhat scared of holding an instrument. I always feel that an instrument can be your best companion in music, performances while traveling, or writing a song. It completes you. A guitar completes me and I remember I picked it up way back in school. I am a self-taught guitarist.
I feel, when you spend time with a musical instrument, you get to know its vibe. I have always been inclined to string instruments more than any other instruments.
When a singer performs with an instrument, it adds a lot of charm, musicality, and signature of their sound and own style. I have also been a brand ambassador of Gibson Guitars, and later with Yamaha.” 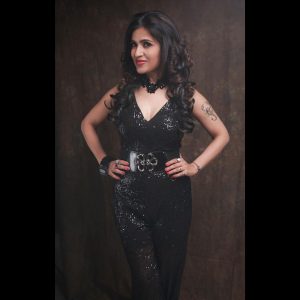 Shibani has recently released a song for Covid warriors. She was also associated with a noble cause for crisis post the pandemic.
“This song is called ‘Toofano Si’ and it’s a dedication to all the Covid warriors and frontline fighters. I think it was a wonderful cause. When the govt of India approached me for this I felt very overwhelmed and humbled to have this opportunity to sing with the legendary Sudesh Ji and Kailash. It felt like the ‘Aisa Bhi Hota Hai’ reunion. I have done 5 concerts with Kailash after the lockdown opened consecutively for three months. It was for an initiative called ‘Hunar Heart’ by the Ministry of Minority. The festival purposefully gave opportunities to all the artisans, and ‘hunarbaaz’ to display their talent. They don’t get any other Platforms. And due to the Covid crisis, the businesses had to shut down. So this was a very good step to generate business for these people and improve the economy of our country. We traveled to many places like Mysore, Rampur, Lucknow, Bangalore, Delhi, etc. The shows were done with complete Covid precautions,” she shares.
Having herself featured in the videos of her songs as a singer, Shibani can be considered as a pioneer to this culture.
She opines, “It is very important for an artist to get recognized by their fans. We would just remain as voices, the unsung heroes. As you see in West, the singers feature themselves in their songs. They don’t hire models. So the artists focus on their appearance, fitness, to look good, performance, dancing. Singing is also about movements and performance. It’s about being a complete performer in front of the audience. Every artist should grow with their charm and persona. They should also set a trend of their own. Hogayi hai Mohabbat had released and it had become huge. Then my next few albums were happening and the ‘Sajna’ song was going to be a part of my next album. I didn’t have any intention or inclination at that time towards playback singer. I was really happy being a pop singer. I was nicknamed ‘Inde Popper Shivani Kashyap’. I just approached Shashank Ghosh to make a video of this song, who is a very dear friend of mine. He used to be the creative head of an agency called JWT. It used to be one of the leading advertising companies. I used to do a lot of jingles then. He has also launched ‘Channel V’.
When I approached him for the video of the song, he asked me to playback it for ‘Waisa bhi hota hai part 2’. But then I felt I will remain in the background. However, we concluded that the song will feature me in the film as a Cameo. I started that trend and I have done 17 other such projects after that. This was a trend from the benefit and recognition of singers.” 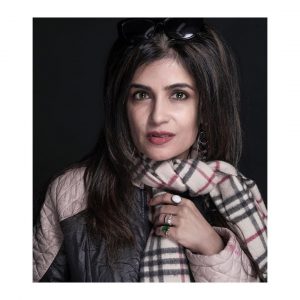 About her preferred genres like Qawali, Sufi, RnB, Folk, Jazz, she says, “These come to me naturally. I keep on experimenting with fusions. But I am not a purist classical singer. That doesn’t come to me naturally.”
About ‘Sajna Aa Bhi Jaa’, Shibani shares a lesser-known fact. “In Sajna Aa Bhi Jaa, I set a trend with something called a vocoder sound. It was used for the very first time in India. Later it was followed in the Indian music industry. However, experimenting with this song with Sajna Aa Bhi Jaa was peculiar but that made it stand out. Though I never used this effect afterward in any of my vocals.”
She has been recently conferred with a prestigious international award by
Global Film & Music Festival. She says GFMF is an international festival that honors artists for their global achievements. I was thrilled to receive this award from GFMF for best international playback singer and performer. That was wonderful because I have been performing abroad representing my country. I have collaborated with some international artists as well. And I feel that why I was felicitated with this award.”
She frames independent music by saying, “From then till now, my focus has been on independent music. I make sure that I make enough independent content in music. Films are still a big puzzle for me. Films have always come to me on their own, I never knocked at their doors. Of course, I was honored to be called for such big and A-lister films. My formula for making a hit song is to have a catchy refrain and easy to remember. We experimented a lot with the title track of ‘Zinda’. We got different VJs to do remixes for it. The original mix (the lounge mix) was in fact very good.”

Madhya Pradesh Food Minister confirms about the safety of vaccine