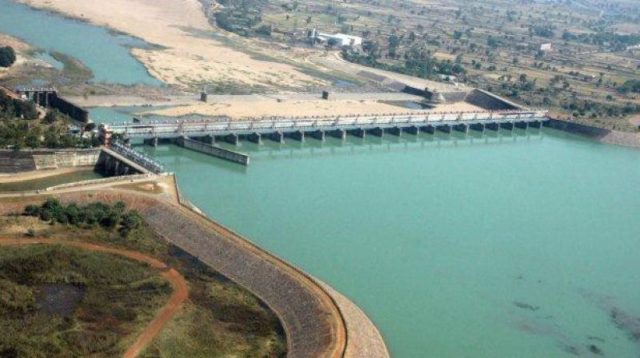 Sambalpur: The Mahanadi River Waterkeeper organisation, that works towards conservation of the river, is shocked to learn that the Central Government has, in an affidavit with the Supreme Court on 6th December 2017, refused to form a Tribunal for redressal of Mahanadi inter-state river water dispute between Odisha and Chhattisgarh, said its leader Ranjan Panda.

“What shocks us more is the centre has supposedly made this refusal mainly on plea of Odisha not submitting sufficient information to back its claim of water reduction in the basin. While in reality, there is no comprehensive information available on the exact reduction of water in Mahanadi, the Odisha government has already provided a lot of information that points at a reduction of flow due to construction by dams and barrages upstream,” said Panda, adding, “if Odisha’s information have not been found reliable by the centre, then the normal process is to ascertain the same through a joint technical committee to which Odisha had already given proposal but the centre and Chhattisgarh never accepted.”

“How, without making any effort to make such joint endeavours to assess the water availability in the basin, the centre can refuse Odisha the right to a Tribunal?” asked Panda. “We have earlier also pointed out that information provided by both Chhattisgarh as well as the Central Water Commission on Mahanadi are dubious. That’s the reason the formation of Tribunal has become more important to start a process where a real and transparent assessment of water availability can be made,” said Panda.

The Inter-State River Water Disputes Act of 1956, with latest amendments, clearly reads “When any request under Section 3 is received from any State Government in respect of any water dispute and the Central Government is of opinion that the water dispute cannot be settled by negotiations, the Central Government shall within a period not exceeding one year from the date of receipt of such request, by notification in the Official Gazette, constitute a Water Disputes Tribunal for the adjudication of the water dispute.”

“Odisha had submitted a complaint on 19.11.2016 and hence the Centre was to constitute the Mahanadi Tribunal by 18. 11. 2017 but it failed despite of the fact that Dr. Sanjeev Kumar Balyani, Minister of State for Water Resources at Centre had admitted to the failure of negotiation process and had committed to form the Tribunal on the floor of the Rajya Sabha on 31.07.2017”, informed Panda.

“Under these circumstances, we are forced to believe that the Central Government is deliberately delaying the process of the Tribunal Formation by disrespecting the existing rule of law to aid the Chhattisgarh’s ongoing and forthcoming plans to divert more water from Mahanadi,” said Panda. “The Chhattisgarh government has on 6th December 2017 revealed about its plan to link Mahanadi to Tandhula river which will further divert water from the already stressed Mahanadi upstream and will affect Odisha,” informed Panda.

“While the Centre is not able to support Odisha’s demand for stoppage of existing constructions before a cumulative impact assessment is done, why the Centre is silent on Chhattisgarh’s new plans,” asked Panda.

“We urge upon Shri Nitin Gadkari to clear the air on this, form the tribunal immediately and facilitate dialogue between both the states for larger interest of the dying Mahanadi river and people dependent on it,” said Panda.