Cuttack: Anand Bhawan Museum and Learning Centre, the ancestral house of legendary Biju Patnaik – a monument of Odisha’s history, is being dedicated to the Nation by President of India Shri Ram Nath Kovind. Dedicating Anand Bhavan to the people, President Ram Nath Kovind said “When Biju Babu was steel minister, he was called Steel Man in Delhi”. 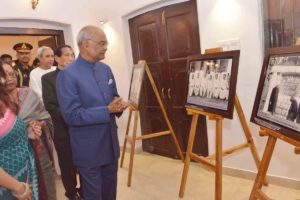 President says Biju Patnaik’s legacy is above party politics and not only Odisha but all of India is proud of him. President Ram Nath Kovind says “Biju Babu did everything for the honour and people of Kalinga” 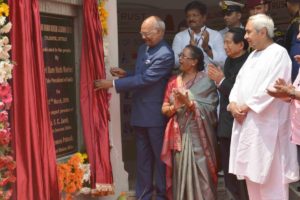 President Kovind dedicates ‘Anand Bhawan Museum and Learning Centre’, the ancestral house of the late Biju Patnaik, to people of the state

100 bedded Rehabilitation Annex Building and statue of Swami Vivekanand and…