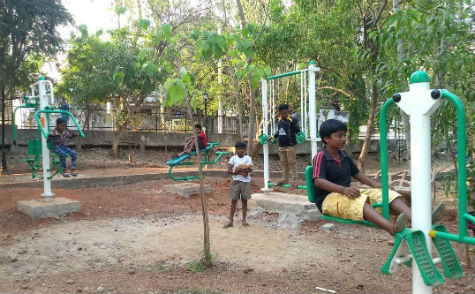 Bhubaneswar: Continuing its strategy to provide better health and lifestyle practices, the Bhubaneswar Development Authority (BDA) has now installed facilities of Open Air Gym at 26 parks across the city. Nearly two years ago, the city had started with one such facility at Buddha Jayanti Park, which later became five and extended to 15 parks in 2017. In view of the huge popularity of the open air gyms in parks, the city authorities have now added open air gym facilities in 11 new parks spread across the city.