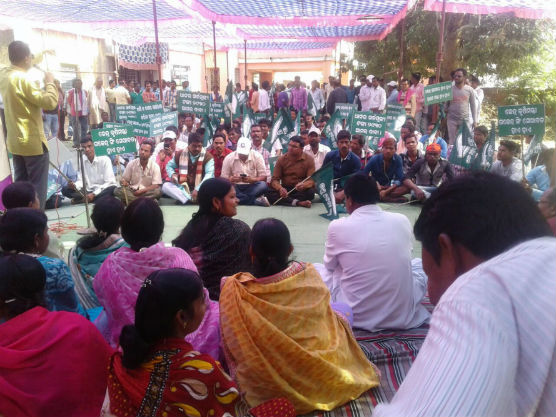 Bhubaneswar: The BJD held demonstrations at six blocks under five districts, Bargarh, Balangir, Boudh, Malkangiri and Nabarangpur, and submitted memorandums to the President through concerned Collectors demanding an increase in minimum support price (MSP) of paddy to Rs 2,930 per quintal in the interest of lakhs of farmers of the State and their family members. “Despite repeated requests, the Union Government is not increased MSP for paddy for which farmers of our State are deprived of getting a reasonable price for their produce. We members of the BJD request you to direct the Union Government to increased the MSP to Rs 2,930 per quintal of common paddy,” mentioned all demorandums. The party lamented that the Union Govenrment has unilaterally declared a MSP of Rs 1550 per quintal of Paddy for the year 2107-18, completely neglecting the State’s demand.

Odisha is an agrarian State. Its economy and social fabric is closely related to Agriculture. Paddy is the major crop of the State and is cultivated over an area of nearly 40 lakh hectares during a year. Nearly 90 per cent of the State’s farmers are small and marginal farmers whose livelihood is totally dependent on cultivation of paddy. Hence, they should be given right prices for their produce, mentioned the memorandum. The blocks were demonstration were held are Bargarh and Jharband in Bargarh district, Titlagarh block in Balangir district, Kantamal block in Boudh district, Chitrakonda block in Malkangiri district and Tentulikhunti block in Nabarangpur district.