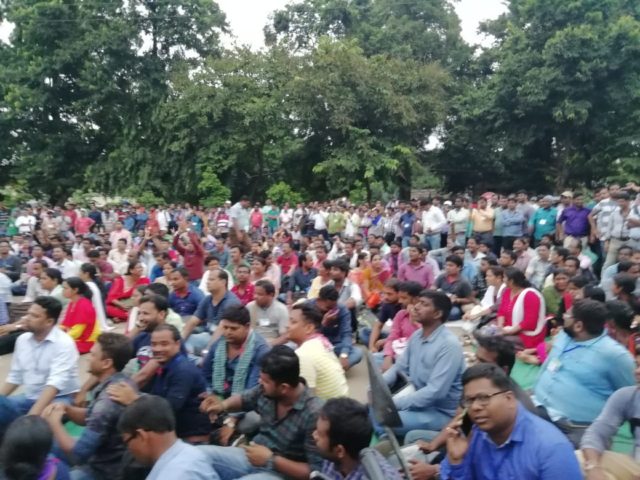 Report by Badal Tah, Rayagada: Around 117 staff members working under District and Block Project Management Units(DPMU and BPMU), which are functioning under the aegis of National Health Mission implemented by Govt of Odisha, have come to the streets due to injustice meted out to them as far as their service conditions are concerned. None of these employees, who work under the Health & Family Welfare deptt of Govt of Odisha are permanent even if a few of them are working in the mission since the year 2004.

Under the banner of Odisha State Mission Parichalana Karmachari Sangha (OSMPKS), thousands of adhoc employees, who are basically looking after the program management part of all the health interventions, have called for a state wide indefinite strike from 10th September & put forth six demands before the state govt. As a result the basic health services related maternal and child health and the services related to general health system have been affected seriously.

The demands include formation of a separate cadre for these public health professionals as per the National Health Policy and regularisation of their jobs. Till the regularization of their jobs payment as per the recommendations of 7th pay commission, rationalization of the salaries of all the employees, provisioning of EPF, Group/individual health insurance, provisioning of house rent, elimination of performance based incentive and experience allowances are other demands of the union.

A high level committee was formed under the chairpersonship of Principal Secretary Health & Family Welfare to consider the demands of the union. Though a meeting was held on 24th May, no concrete steps have been taken so far to fulfill the demands. The strike of OSMPKS has been supported by other employees unions like the Doctors’ Union, AYUSH union and ASHA Karmi union who are also working under National Health Mission.

“Recently the District unit of BJP submitted a memorandum regarding the severe scarcity of human resources like doctors, nurses, attendants, sweepers and other technicians in the district & sub-divisional headquarters hospitals, CHCs and PHCs. The provisions for CT scan, endoscopy, ENT, central pipeline for oxygen supply, proper functioning of dialysis system, etc were demanded. When this deficit has led to almost a catastrophe in the district, absence of the adhoc PMU staff supporting in the MIS, monitoring and supplementing the implementation of various health programmes in the district has put the system in jeopardy”, said Sri Kaliram Majhi, National Vice-President, Tribal Wing of BJP. 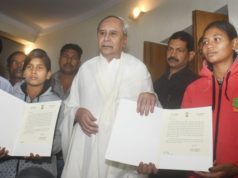