New Delhi: Delhi-based think tank Odisha Forum to confer Prestigious Prabasi Odia Samman to 6 eminent persons on July 13. The award will be given to these six eminent personalities in glittering function at PHD Chamber of Commerce and Industry, New Delhi which will be held on the occasion of Annual Function of Odisha Forum. Dipak Misra, Chief Justice of India will be the Chief Guest in the function. 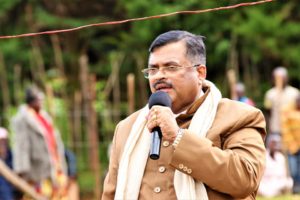 Dr. Swarup Ranjan Mishra born in Odisha, is a Member of Parliament from Kesses constituency in Kenya and is the Vice Chairman of the Parliamentary Health Committee of Kenya. Dr Mishra is a multifarious personality and is currently the Director of Economic Diplomacy at Kenya Chamber of Commerce & Industries. He is also member of India-Kenya Business Council. Dr Mishra is a MBBS in medicine and Post graduate in Obstetrics & Gynaecology. During his student career he was a student leader. Having joined as a lecturer & consultant at MOI University, Kenya in 1997, he became Head of the Department in 2008 and visiting faculty to Indiana University, USA & University of Toronto.
As a medico-entrepreneur, he is the founder chairman of Mediheal Group of Hospitals in Kenya, Rwanda & Addis Abba. He is credited to have introduced post graduate curriculum in Obstetrics & Gynaecology and post graduate fellowship in Gynaecology Oncology in East & Central Africa., He has also pioneered super specialities and advanced medical verticals like Neuro, IVF, Imaging, Kidney replacement therapy, Cardiac, Critical Care etc in Africa.
His lives with his wife Dr. Pallavi Mishra who is a senior Obstetrics & Gynaecologist and a faculty member in Moi University. 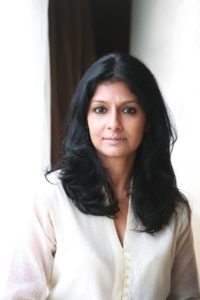 Acclaimed actress and filmmaker Nandita Das wears many hats. Besides being known as one of the best actresses of our times, she is also a conscientious activist who speaks her mind on issues which disturb her and the country. Nandita Das has acted in more than 40 feature films in 10 different languages. She made her directorial debut with Firaaq, in 2008 that won many accolades and appreciation, both in India and abroad. Nandita also acted, wrote and directed the play, Between the Lines in 2012. She was on the jury of the Cannes Film Festival twice (2005 and 2013). She has a Master’s degree in Social Work and is a strong advocate for issues of social justice and human rights. She was the Chairperson of Children’s Film Society between 2009 and 2012. Nandita has been conferred the ‘Knight of the Order of Arts and Letters’ by the French Government. She was the first Indian to be inducted into the Hall of Fame at the International Women’s Forum. She was selected as a World Yale Fellow in 2014.
Nandita’s second directorial venture, Manto, based on the life and works of Saadat Hasan Manto, one of the greatest short story writers of South Asia, recently premiered at the Cannes Film Festival. It was the only Indian film in Un Certain Regard category at 71st Cannes Film Festival in 2018. It has also been screened at Sydney Film Festival.
A known talent and voice in India, Nandita Das is the daughter of the soil and is a proud ambassador of Odisha culture and soft power. 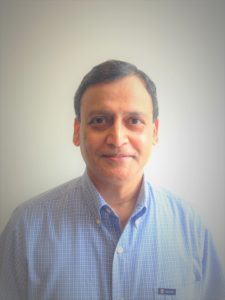 Pinaki Panigrahi, spent about 25 years at University of Maryland Medical School before moving to UNMC as the founding Director of the Center for Global Health and Development. Starting with a Shannon award from the NIH Director’s office, Dr. Panigrahi ‘s career and work has been recognized by multiple highly competitive awards, with over $10M in total funding support.

Dr. Panigrahi has focused on neonatal and child health issues ranging from serious conditions in the developed nations to infections, diarrhea, birth asphyxia, and prematurity in the developing world setting. Results of the largest clinical trial of probiotics under him, to prevent neonatal sepsis was recently published in Nature, the prestigious international journal of science, and attracted worldwide attention. The findings were also featured as one of the top 100 most compelling stories of 2017 by Discover magazine. This inexpensive treatment, resulting from the probiotics trial has the potential to revolutionize the way infections in early life will be handled in the future and help reduce stunting, which is a nagging problem in India, and curb antimicrobial resistance, a threat to all nations.

Dr. Panigrahi was the visionary behind establishing the Asian Institute of Public Health (AIPH) in Bhubaneshwar in 2008 that became one of the two public health universities of India by an Act passed by the Odisha state legislature last year. Dr. Panigrahi has worked for the World Bank, serves on the NIH study sections, and has received a lifetime achievement award at AIIMS-Delhi for his work on probiotics. For him, whether developing a vaccine, use of data science and sensors to capture energy emitted by sick individuals, or testing an Ayurvedic drug for chronic disease, the principles of health care are universal in nature. 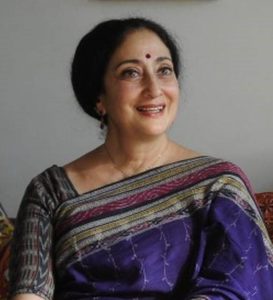 Sharon Lowen is a renowned exponent of Odissi dance who is lauded for her perfection of style, grace, and superb abhinaya. Her performances are spiritually rich and of high aesthetic order. Padmavibhushan Guru Kelucharan Mohapatra said of Sharon Lowen in 1986, after accompanying her 22 performance Festival of India-USA tour, “She is now one of my five best disciples who I can unhesitatingly recommend to represent the Odissi dance form anywhere in the world. Sharon has mastered the tradition”.
As a scholar, she has done research and published on Shasta and Odissi and comparative studies in Chhau. Sharon introduced Mayurbhanj Chhau to North America in 1978, created Doordarshan National Programs of Dance in Chhau as well as many in Odissi, including the CPC launch Triveni, Banamali-Raskan Chhayan, and Pancha Nayikas of Kalidas. Classical Odissi was seen in a Telegu film for the first time when Sharon was featured as herself in K. Viswanth’s 1988 Swarna Kamalam. Her Odissi choreographies range from F.M. Senapati’s Chha Mana Atha Guntha to Champu as well as in other languages.
For over four decades, Sharon has demonstrated to audiences in India and abroad that maintaining the highest standards of authenticity in classicism can appeal to all members of society while contributing new choreography, teaching, lectures and writing moves the tradition forward. She has dedicated her life to presenting and promoting excellence in Indian performing arts and is one of the leading international performing artists of three forms of Indian dance: Odissi, Chhau and Manipuri. Sharon has made her home in India since 1973 to dedicate herself to her work as an artist and to promote education in the arts. 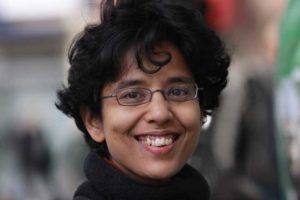 Dr. Susmita Mohanty, is a prodigy and a futurist, in many ways. She is a spaceship designer and serial space entrepreneur. She is the co-founder and CEO of EARTH2ORBIT, India’s first private space start-up. Dr Mohanty has co-founded and led two other companies, MOONFRONT in San Francisco [2001-2007] and LIQUIFER in Vienna [2004-ongoing]. She is the only entrepreneur in the world who has started space companies in three different continents.

It wouldn’t be a fallacy to address her as the “Space Specialist” for her niche work and in the past, Susmita has worked in the function of business development for the International Space Station program at Boeing in California. She also worked on Shuttle-Mir missions at NASA’s Johnson Space Center in Houston. Since 1998, Susmita has worked with the Americans, Japanese, Europeans, Russians and Indians in various capacities, as employee, consultant, contractor, entrepreneur and advisor.
In 2005, Susmita was honored in the Capitol Hill with the International Achievement Award for promoting international cooperation through entrepreneurial space ventures. In 2012, she was voted into Financial Times’ list of “25 Indians to Watch”. In 2016, Dr Mohanty was nominated to the World Economic Forum (WEF) Global Future Council for Space Technologies. In 2017, she was featured on the cover of Fortune Magazine.
Educated in India, France, and Sweden, Susmita holds multiple degrees including a PhD. 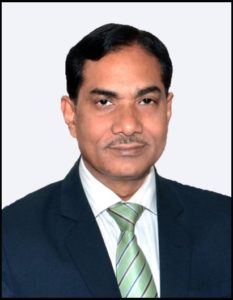 As a result of his pioneering work, our country has got the first high-yielding Basmati rice variety. This variety is resistant to bacterial leaf blight through molecular marker assisted selection, and physical mapping and genome sequencing of rice and tomato. With over 160 research papers in national and international journals of repute and several book chapters, Dr. Mohapatra has initiated mega research programmes in frontier areas including genomics, phenomics, bioprospecting of genes, allele mining and induced mutagenesis for functional genomics. He has contributed to development of 12 different varieties in rice and mustard including the long grain Basmati variety Pusa Basmati 1121 and the first high protein rice variety CR Dhan 310.
Dr. Mohapatra has befittingly received several honours and awards in recognition of his excellent academic and research contributions including the INSA Young Scientist Award, Prof. LSS Kumar Memorial Award, NAAS-Tata Award, IARI-BP Pal Award, DBT Bio-science Award, and many more. With the Recognition Award for significant contributions in Plant Improvement and the Lifetime Achievement Awards of the Indian Genetics Congress and the Indian Society of Agricultural Biochemists, Dr. Mohapatra is a respected Fellow of the Indian National Science Academy, New Delhi. He has been conferred doctoral degree (honoris causa) by universities including Amity University, OUAT, Bhubaneswar and many others in India.

Student, family from US, professional from Singapore join Ekamra Walks

Jagdeep Dhankar sworn in as 14th Vice President of India

Zoonotic virus has been discovered in two eastern provinces of China