Puri: Chief Minister Naveen Patnaik visited Puri today and reviewed various works being taken up under ABADHA Scheme. Chief Minister offered prayer to Patitapaban from Singhadwar, had darsan of Neelchakra and prayed to Lord Jagannath for the well being of the people of Odisha. He also made Sampurna Pariikrama of the temple. 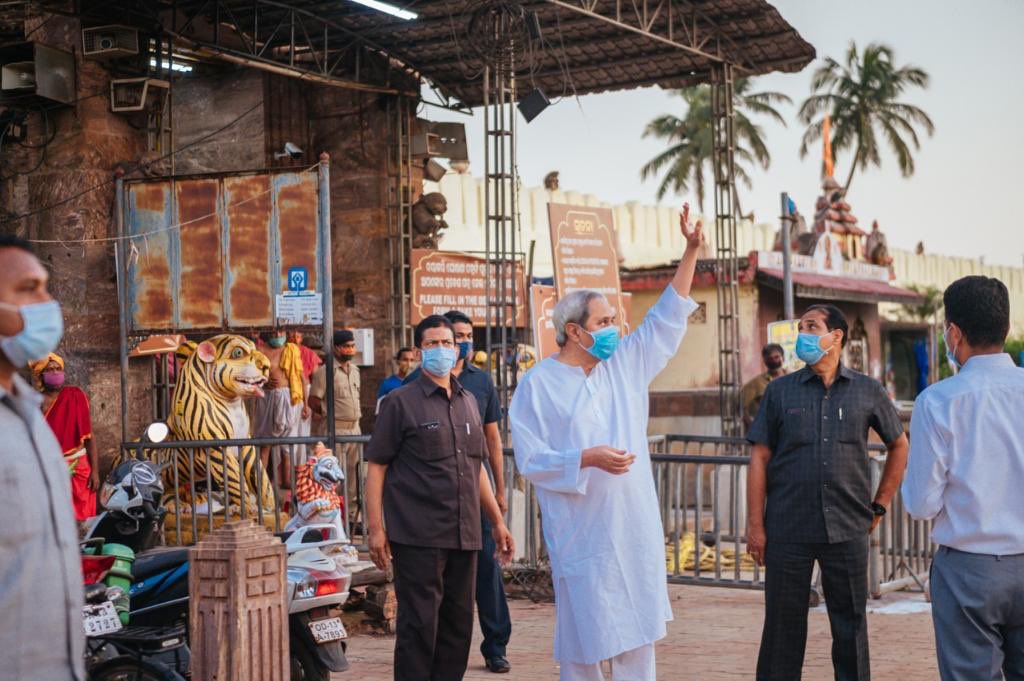 Chief Minister reviewed in details all aspects of the Shree Jagannath Heritage Corridor. Saying that the Heritage Corridor should be designed in such a manner that Person with Disabilities should be able to go around Parikrama on their own, Hon’ble Chief Minister directed for hassle free entry of devotees through Singha Dwar of temple and adequate arrangements should be made for their comfort when devotees are waiting in Queue to go inside temple for Darshan of Mahaprabhu.
Chief Minister directed to complete the Land acquisition process by 1st of January next and start of work on Shree Jagannath Heritage Corridor. He thanked the people who have donated land for the project and appreciated the officials and employees of various Dept and the district administration for their hard work. 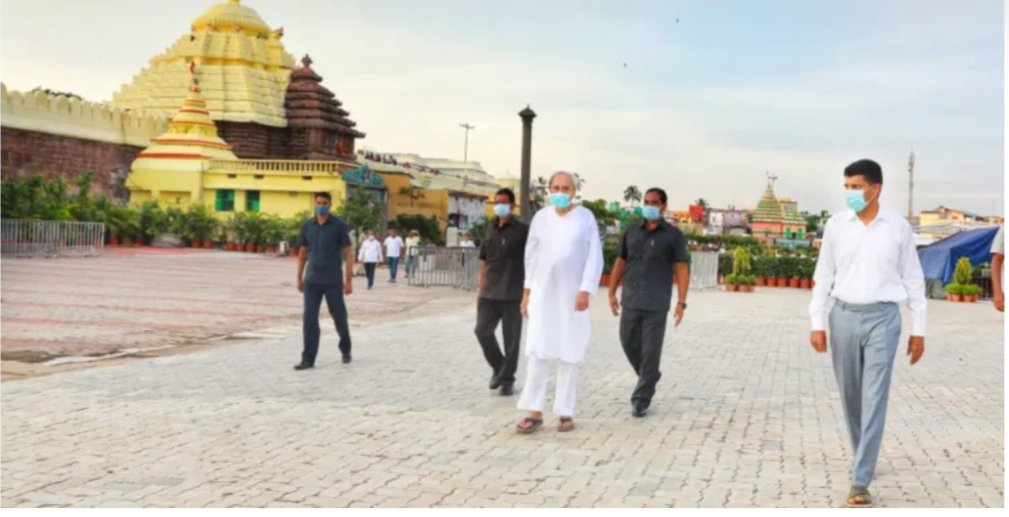 Chief Minister advised to use technology for ensuring safety and security so that arrangements made are not very obtrusive. Chief Minister while reviewing from southern side of the Meghanad Paccheri, advised to create tree shaded spaces so that Parikrama is comfortable with special emphasis on universal access. He further advised that no utilities like electric substation or control in master plan should be next to Meghanad Paccheri on Western side. Devotees doing Parikrama should have unhindered view of the majesty of Meghanad Paccheri, he added. He also said that adequate arrangements should be made for the devotees coming from faraway places, to keep their belongings.