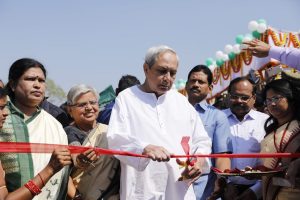 The bridge will facilitate better transportation of agriculture produce to the daily markets of #Sambalpur and give boost to tourism. With direct access to Sambalpur, people from rural areas will get access to better healthcare and education. 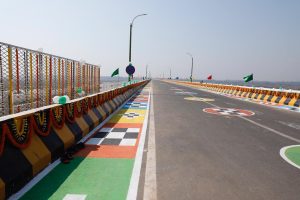 Then, the Chief Minister reached the Veer Surendra Sai Stadium here to address the Youth Conclave of Biju Yuva Vahini. The event was attended by hundreds of young workers. Besides, MPs, MLAs and Zilla Parishad Presidents were also present.

During the Youth Conclave, Patnaik made five major announcements for the people of Sambalpur. As per the CM’s announcement, two more bridges—Malatijora and Balibandha— will be built at a cost of Rs 20 crore and Rs 10 crore, respectively.

The CM further announced that the road connecting the district school to Naksapalli and Durgapalli to NH will be widened to four lanes at a cost of Rs 40 crore and Rs 15 crore, respectively.

One Lakh villages to go digital over next five years