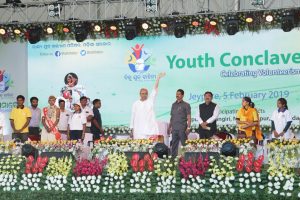 We would like CBI to do a professional & non-political job, says Odisha CM Naveen Patnaik

BJD MP Dr. Sasmit Patra spoke in the RS today on the need for inclusion of three…

Odisha government to empower women as entrepreneur through Mission Shakti