Bhubaneswar: Smt Banaj Devi, a noted poet & short story writer in Odia will get the 38th edition of prestigious Sarala Puraskar for her short story compilation “Kathapua”. The Sarala Puraskar Committee announced this in a meeting held here today evening. She will receive a cash award of Rs. 5,00,000/- (Rupees five lakh only) along with a citation. 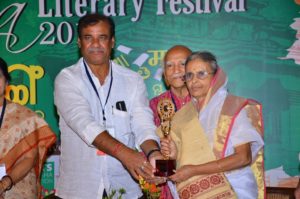 Two more notable personalities of Odisha will be honoured for their valuable contribution in the field of music and art, Pandeet Guru Dr. Ghasiram Mishra will be awarded ‘ Ila Panda Sangeet Samman’ and Dr. Durga Prasad Das will receive ‘Ila Panda Chitrakala Samman’. They will receive a cash award of Rs. 1,50,000/- (Rupees one lakh fifty thousand only) each along with citations. A special function will be held on 26th October, 2017 to felicitate Smt Banaj Devi along with other awardees. Padmashree Ms. Mamang Dai, an eminent writer of India has consented to be the Chief Guest of the Sarala Award function. 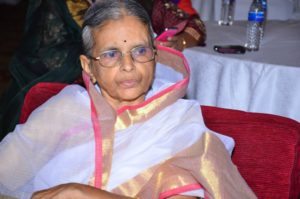 The annual Sarala Puraskar instituted by eminent Odia industrialist Dr. Bansidhar Panda and Late Mrs. Ila Pnada in the year 1979 has been continuously awarded by Indian Metals Public Charitable Trust( IMPaCT). IMPaCT is the charitable wing of IMFA Group, the leading and the only fully integrated producer of ferro alloys in India. Sarala Puraskar is recognised as the foremost literary award of our State. This award is one of the finest contributions of IMPaCT to glorify Odia literature. The Ekalavya Award also has been instituted by IMPaCT to encourage promising sports talents of Odisha. It should be noted that Smt Banaj Devi recived Kalinga Literary Award in 2015.