Irrigation area will be increased 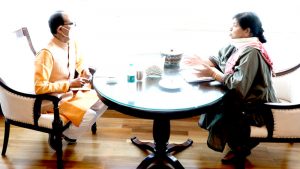 Momentum to departmental works and projects

During discussion with Chief Minister Shri Chouhan, Tourism and Culture Minister Sushri Usha Thakur said that in view of the immense potential of tourism in the state, all efforts are being made to boost up tourism. Departmental works and schemes are being expedited.