Bhubaneswar: Odisha born producer and promoter Jitendra Mishra’s latest feature film production ‘The Last Color’ directed by Celebrity Chef Vikas Khanna’s starring veteran actress Neena Gupta will have its World Premiere at the prestigious 30th Annual Palm Springs International Film Festival 2019. The Palm Springs International Film Festival is one of the largest film festivals in the world, welcoming over 135,000 attendees each year for its line-up of new and celebrated international features and documentaries. The film, which also marks Khanna’s debut as a Director and screenwriter is based on his bestselling book by the same name.
The Last Color is the story of Chhoti, a nine-year-old flower seller and tightrope walker who befriends Noor, a 70-year-old widow living a life of complete abstinence. Chhoti promises to bring a ray of hope in the life of Noor. The film has been produced by Bindu Khanna, Poonam Kaul and Jitendra Mishra under the banner of House Of Omkar and shot by another Odia Subhranshu Das. The Cast comprises of Aqsa Siddiqui and transgender activist Rudrani Chettri apart from Neena Gupta. Interestingly, some of the pivotal roles in the film have been played by first time actors based in Varanasi. The captivating theme music with Indian musical undertones as well as the background score has been created by a team of musicians led by Elliot Middleton, renowned for instrumental and cinematic theme creations. Elliot is based in LA. The teaser of the film was unveiled at the Cannes Film Festival 2018 earlier this year. 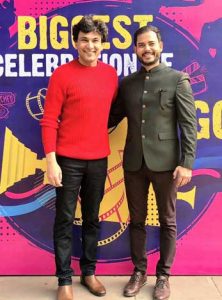 Jitendra Mishra, the producer of ‘The Last Color’ says, “The World Premiere at the 30th Annual Palm Springs International Festival 2019 is a milestone in the film’s journey. It’s indeed a VIP entry to the Hollywood. It has also reassured us of the faith and confidence we had placed in the project. The Last Color is a film that deals with universal themes around hope, friendship and the triumph of human spirit and connects with audiences globally transcending all barriers. I am eagerly looking forward to audiences’ reaction at the World Premiere and I hope that they will echo a similar sentiment.” 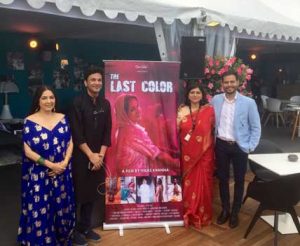 Celebrity Chef Vikas Khanna, thrilled to make his directorial debut with The Last Color says, “This is a story that had to be told and I am glad that I am finally getting an opportunity to do so. This story not only moved me deeply, but also motivated me to pen it into a book and subsequently make it into a film. From writing the book to making the film, the journey of The Last Color has been a long and eventful one. We feel honored that the film is having its World Premiere at the 30th Annual Palm Springs International Festival 2019. I am eagerly looking forward to the audience’s response and hope that they will experience a similar sentiment that I did while writing and making the film.”

About The Director
Vikas Khanna is an internationally acclaimed Indian American chef. He is a James Beard nominee and one of the first Indian chefs to be awarded a Michelin Star in the U.S. He has been featured amongst the 10 most influential chefs in the world by Deutsche Welle and Gazette Review. He has been the host of MasterChef India since 2011 and has hosted Twist of Taste and Mega Kitchens on National Geographic. An author of 34 books, including UTSAV (World’s most expensive cookbook) and the creator a documentary series Holy Kitchens and Kitchens of Gratitude.
The Last Color marks Khanna’s debut as a film writer and director.