A total of 92,605 new confirmed cases have been reported in the last 24 hours in the country. 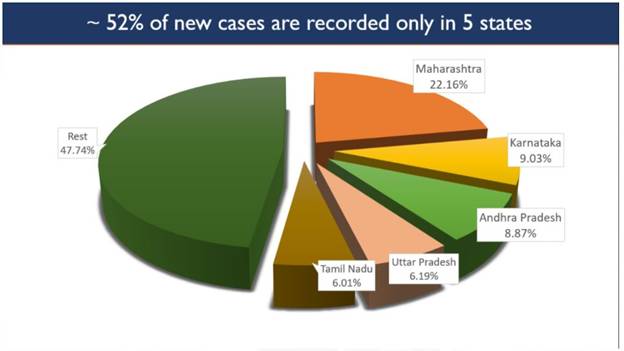 37% of deaths reported yesterday are from Maharashtra with 425 deaths followed by Karnataka and Uttar Pradesh with 114 and 84 deaths, respectively.

More than 9,79,000 mandays of work generated by Indian Railways till 18 September, 2020 under Garib Kalyan Rozgar Abhiyaan