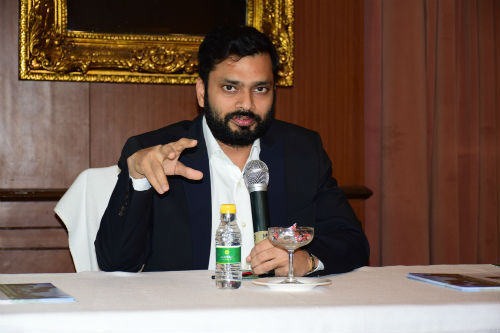 Bhubaneswar: In an attempt to reestablish the importance of Indian culture and festivals which are continuously shrinking, RP Garg Group, one of the country’s biggest real estate conglomerates today announced its upcoming CSR activity. As per the announcement the company will celebrate various Indian festivals throughout the year. To start with the company has planned to observe Makarsankranti on 14th January, 2018 with school children at its Lavanya Praana project- Odisha’s first holiday home destination in Olatpur.
India is a land of culture & the festivals spread happiness irrespective of cast, creed, color, sex etc. The culture unites the people & aims at togetherness which is being vanished from the hearts and minds of the student’s. Focusing more towards the traditional forms of entertainment, various activities like kite flying, lohri fire, folk music, fun games, etc will be organized for the children. Along with this famous band INDIAN OCEAN is also invited to the occasion. The company through the CSR activity believes will definitely create an impact in the minds of the youth and help in imparting the traditional and cultural importance. The company will also look forward to celebrate other Indian festivals with same enthusiasm during days to come.
Addressing the media about its upcoming project – Lavanya, Ashish Garg, Director, Garg Groups said, “Lavanya Praana is a weekend home concept which creates a holistic living environment like availability of organic food, yoga centres where you can follow a passion. For this project the company has purchased land in four cities including two cities in Odisha. One of the projects is located at Olatpur which has 55 acres of land. This project is not about a status symbol. Each unit will cost 14.5 lakh. There are several other facilities like room service on call, laundry on call, physiotherapy and other services”.