Report by Kishore Dash; Bhubaneswar: ODISHA has remained a tough and challenging battle field for Border Security Forces.It has paid heavy prices by losing many of its brave hearts including high ranking officers to bring back normalcy into the worst Maoist infested districts like, Malkangiri and Koraput districts since its deployment in these two places in 2010 under the leadership of Odisha Frontier Head Quarter’s (Special Operation) Inspector General Ashwin Kumar Singh ,said Bhubaneswar based BSF Chief Public Relation Officer Sukumar Sarangi in a release issued on the occasion of its raising day on Saturday to mark the completion of 53 year’s in service for nation.

Central Forces like BSF and CRPF were deployed in Odisha in 2010 on the requisition by the state Government when the situation went out of control in the post merger of MCCI and People’s War Group (PWG) with the influx of Maoists from Andhra Pradesh to Odisha. Initially, BSF was deployed in Malkangiri and Koraput districts , which were designated as the worst Naxal affected districts by Government of India and gradually the deployment was extended to Nabarangpur and Rayagada districts, Sarangi has stated.

BSF holding the ground has facilitated the state police in its all out war against the rebels. The Gurupriya bridge; the dream come true project for Odisha became possible due to the concerted efforts of the elite forces and this has resulted in connecting the erstwhile cut-off region with the mainland . The forces have made it easier for the civil administration to reach out the people in interior and inaccessible areas of worst Maoist hit Malkangiri District,the release claimed. 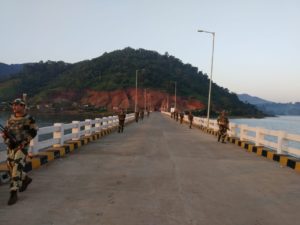 Business and agricultural activities have returned to track, violence activities have been contained to a large extent, vehicle’s are plying uninterrupted throughout night upto Motu in Malkangiri , the extreme border sharing it’s border with A. P and Telengana, Naraynpatna in Koraput which was once a liberated zone of Maoist backed Chasi Mulia Adivasi Sangha (CMAS) has been sanitized to the maximum extent the CMAS has been wiped out and Maoists have been pushed deep into the forest in the cut off region, it added. 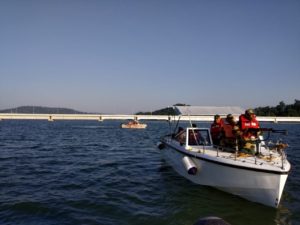 Apart from the sanitization, the BSF since its deployment in 2010 has also made remarkable achievements in terms of surrender, arrest, neutralising and seizure of huge arms & ammunations. Highlighting it’s achievements till date, the BSF has claimed that five hardcore Maoists have been neutralized ,599 rebels have been arrested ,758 Ultras have surrendered, 833 weapon’s including AK-47 and INSAS rifles, 6499 detonators and 6781 ganja have been seized . Twenty eight grenades and 263 IEDs have also been retrieved, BSF Chief PRO Sarangi claimed.

( The author is the senior editor with www.orissadiary.com and can be reached at [email protected])

Ekamra Haat is part of the Bhubaneswar City Festival venue