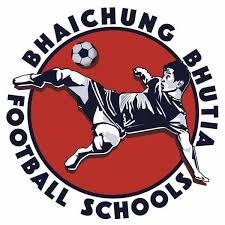 Odisha, BBFS Residential Academy, a flagship initiative of Bhaichung Bhutia Football Schools (BBFS), announced its trials to admissions for year 2020 at Odisha. The trials will be held at Unit 6, Athletic Association Ground, Ganga Nagar, Bhubaneshwar, Odisha for age categories born between 2008 – 2010 at 9:00 am, 2006 – 2007 at 10:00 am and 2003 – 2005 at 11:00 am on Sunday, 19th of January 2020. The admissions to the residential academy will be open for players born between 2003-2010, and selected players will be admitted into the academy, which provides CBSE schooling alongside the integrated football training program.

Being a top-tier football academy in India, BBFS Residential Academy primarily provides the opportunity for talented young football players, both boys and girls, to pursue their academics while receiving the best-in-class football training. The benefits of a Residential Academy goes beyond just the combination of education and training, but also looks into several other aspects of young budding players, that includes their diet, monitoring physical development, definitive competitive exposure and career guidance.

The trials for admission to BBFS Residential Academy are being conducted in 30 cities across India including Mumbai, Ahmedabad, Bangalore, Kochi, Chandigarh, Jalandhar, Ludhiana, Calicut, Pune, Hyderabad, Lucknow, Guwahati, Shillong as well as the states of Manipur, Mizoram and Nagaland.

BBFS is a dream of legendary Indian footballer, Bhaichung Bhutia, to grow the game at the grassroots level by offering high quality coaching and training infrastructure. Speaking on the occasion, Bhaichung Bhutia, Founder- BBFS said, “Football is a high action game. It requires relentless practice, determination, grit and passion. But that is not all. The groundwork has to begin with high quality coaching and training infrastructure, which is sorely lacking in the country today. We have not kept pace with other Asian countries in terms of infrastructure and training methodologies. We want to transform this picture of Indian football. For all those young players seeking a structural progress plan, we at BBFS, offer an international standard integrated program, which gives players access to top coaches, regular competitive tournaments and a plethora of opportunities to excel in the national football arena.” he concluded.

The Residential Academy thrives on the BBFS’ core value system – passion, perseverance and teamwork. The management believes that opportunity to play, learn and master the game should be available to all who seek it and no talented player should be barred from the opportunity to master the game. Kishore Taid, Co-Founder and CEO of BBFS elaborates, “From the collective experience of the management and coaching team of the academy, we know that there is no dearth of talent in the country and talent can be found in any corner of India. We want to make this residential academy accessible to every player, and to do this, we are going to all major cities and football hubs of the country. I believe we can have representation from all states, and se we are conducting trials in more cities this year to reach out to every child with the dream of becoming a professional football player.”

BBFS has a golden track record in terms of developing homegrown players who have gone on to play for India, and for many top clubs in the Indian Super League and the I-League. In the short span since the Residential Academy has begun, two players have already been selected to be a part of the Indian National Team. Earlier in 2019, Ranjan Soren, hailing from Orissa and Lionel D Rhymee from Meghalaya, were selected to be part of India’s U-15 Squad and have represented the country internationally in the on-going season. The young boys have been an inspiration to the other academy players and are an example of how opportunities are available to each aspiring player at the academy. BBFS has also coached and guided more than 20 players who have gone on to play for India, ISL clubs, I-League clubs and even two who have played for foreign clubs. 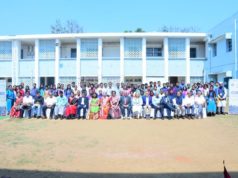 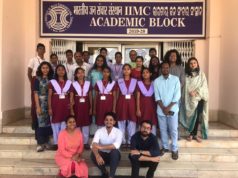