Odisha was so global in its maritime trade dating much before 350 BC, that the present Bay of Bengal was once called the Sea of Kalinga. We commemorate the business voyage through the Cuttack fair called Balijatra – the Bali journey. 2017 onwards, by 2020, the state is poised to contribute over 6% of India’s GDP. 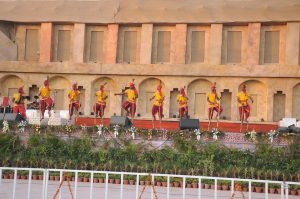 The resurgence of Odisha, the soul of India, would be the cornerstone of India’s growth story and so believes the Finance Minister of India, Mr. Jaitley. Besides tremendous scope for economic growth, Odisha with its equanimity, resilience and rare homeostasis in the people, is well positioned to contribute substantially to India’s rank up in Happiness Index which is an arrangement of 155 countries by their happiness levels. For Odisha, the sobriquet of ‘soft power’ capital of the country is a definite possibility. And quite appropriately sublime is the key word for Odisha. And that’s the strength. 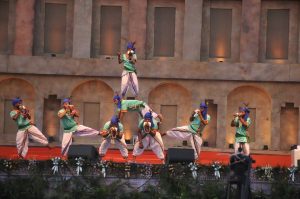 Three days of sheer Odisha fiesta (Odisha Parba) at India Gate the central vista of the capital of India, was witness to pristine & magnificent dance of life. Never before at this scale, colour, splendour and participation by the general public – both Odias and non-Odias that Delhi reverberated to the paika dance, ghanta mardala, goti pua dance and the unexplained ecstasy of Odia-being. Odisha Parba has all the makings of a valuable start up whose comprehensiveness has been set at a high benchmark.
The social equity, Odisha Parba has fostered is unprecedented. 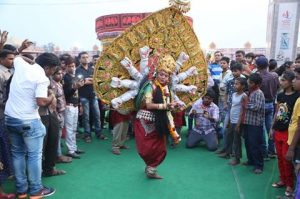 Never before in the first month of its inception has any Odisha-centric, non-profit social organisation built a national, inclusive Odia cooperative, born out of sheer voluntarism. Odia team work, mustered up in less than two months, with an unquestionable democratic set up and yet with robust stewardship of the captain, Sri Siddhartha Pradhan, proved that action precedes notion. Odia team spirit had given humanity , a wonder called Konark and continues to weave dynamic stories , contemporary, till date. Odisha Parba is a testimony to the resurgence of Odia bonding.
About a lakh of footfalls, across age groups and languages, authentic Odia food served by the original makers, artisans themselves showcasing handloom and handicraft products, a never-before exhibition named Atmashakti, illustrating the indomitable spirit of Odisha, the glorious sand art, and unending repertoire of dance and music from all parts of the state mirrored Odisha and its people, unparalleled.
All these years Odias all over longed for a common hub, an inclusive platform to revel. This revelry was probably the huddle for a resurgence, unimaginable in groundswell and impact. The onus is on Odia Samaj as the torch bearer to open the doors, show the way and perpetuate the Odia story innation building. Odisha makes a statement – ‘here I come, and let’s waltz’.
Then it was Bali-jatra, today it is Dilli-jatra – the sail of a state-nation is on, to even greater heights.