“Background Music Is The Parallel Narrative Of A Movie’s Storyline”, says Julius Packiam 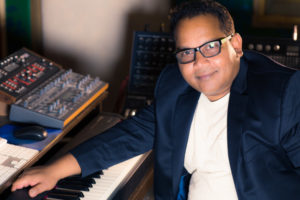 In imprinting the storyline of a movie, it’s music and especially background music plays a crucial role. Having contributed to big banner projects like ‘New York’, ‘Kabul Express’, ‘Bajrangi Bhaijaan’, ‘Ek Tha Tiger’, ‘Bharat’ and many more, Julius Packiam has given a new definition to background music or BGM in Bollywood. All set to present his skills in ‘Baaghi-3’ and ‘83’ Julius tells about the music technicalities and his journey in an exclusive talk with us.

From the time Julius was pursuing his graduation in Delhi, he knew that music is his inner calling. He says, “I was in my second year when I chose to drop out from academics and begin with music. Back in 1989, I started working with ad agencies, doing scratches for them. That, you can say, was the beginning phase of my journey in the music industry.”

While based in Delhi, Julius signed for his first big-screen project ‘Kabul Express’ under Yash Raj Films. “When ‘Kabul Express’ happened to me, it wasn’t possible for me to shift all of a sudden to Mumbai. So, I worked for it having one foot in Delhi. Later, when I signed for ‘New York’ in 2008, I moved to Mumbai with a thought to try my life in the dream city.”

Working with Yash Raj banner alongside filmmaker Kabir Khan has given Julius a great mileage. Discussing his projects he says, “Every movie I have worked till date has a totally different design of music in it. For example, ‘Ek Tha Tiger’, ‘New York’, ‘Bajrangi Bhaijaan’ carry contrast themes altogether. ‘New York’, at one part has a very urban touch whereas ‘Ek Tha Tiger’ or ‘Tiger Zinda Hai’ has the theme of a spy. Similarly, ‘Bajrangi Bhaijaan’ has the tone of love, sacrifice and compassion. From a grey shade of ‘Kabul Express’ to a full package of entertainment like ‘Ek Tha Tiger’ and ‘Baaghi’ series, you can see how crucial is the role of BGM in the visual one sees on the screen. Background music basically is the melodious narrative of a film that enhances the impact of the storyline on the audience.”

Julius who has a vision of working for songs, further adds that there is a big misconception about background music and background score in minds of laymen as well as people who belong to the entertainment industry. “Background music is not the sound of footsteps, car or truck banging sounds, sounds of bullet-firing you hear in the movie. It is the music that connects to emotions, themes, and characters’ graph in the movie.”

While going on about the technical talks of BGM, Julius shares an interesting incident associated with Ek Tha Tiger, “Around 70 hooks I had made for the title theme of Ek Tha Tiger but the toughest part was about finalizing a single one. So one fine day, Aditya Chopra dropped down and asked me to present whatever I had created for it. We went on to best 10 straight from 70 from which he finalized the last one and locked it. That became the theme tune of Ek Tha Tiger.”
Apart from actively contributing in timeless big hits of Bollywood, Julius has a wide graph of working in numerous television series and currently boosting up with the web series scenario. “If as an artist you believe to have the mastery over your art, then you need to keep experimenting with every latest opportunity,” says Julius.

Till now 28 positive cases of #Coronavirus in India