Bhubaneswar: The words above clearly describes the artists participating in ‘the 3rd [Jeju, paints Asia] -2019 The Joint Exhibition of Asia’s Representative Artists’, which is supervised by Jeju World Heritage Center (Ko Kil-rim, General Manager) and hosted by Asia Art Management Association (Park Chul-hee, Executive Director).
Reaching its third time this year, the exhibition ‘Jeju, paints Asia’, which will be held at Jeju World Heritage Center from 4th of September to 4th of November, has truly become a joint event for Asia’s leading artists. Especially, this year’s fruitful exhibition will present the leading artists from India in addition to the artists from Korea and China. 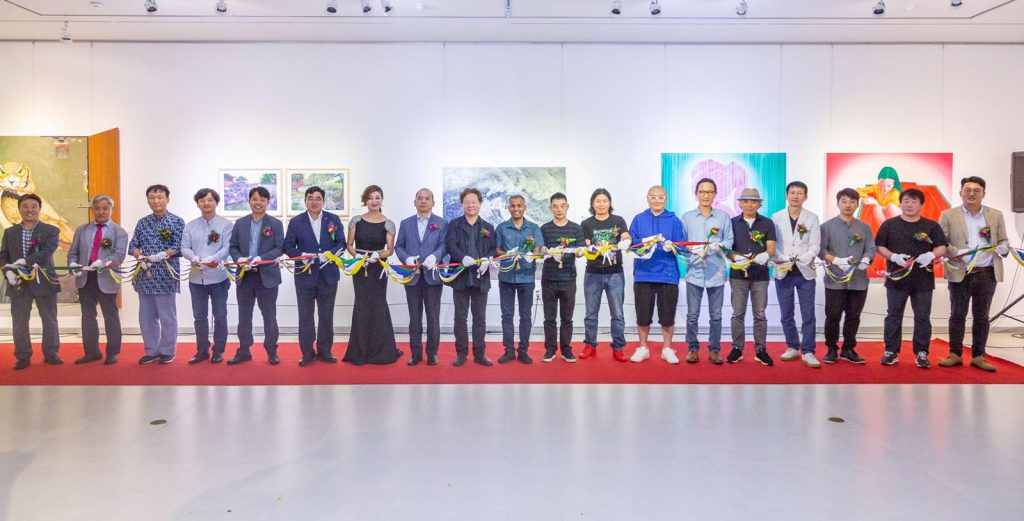 Looking closely into the participants of this year’s exhibition, the artists from China include Zhou Chunya, a blue chip artist representing the cynical realism of Chinese contemporary art, Guo Wei, an artist with the spirit of resistance, who discusses humanity through the loneliness of human beings, Wang Qingsong, a master of Chinese photography, who takes view of the absurdity of Chinese capital society, Wu Mingzhong, who expresses life and love through a series of works, ‘Glass Humans’, Jeju’s first foreign artist Feng Zhengji, who expresses the contradictions of modern society and Ju Anqi, one of the top ten art film directors selected by Time magazine. Two leading artists from India include Jagannath Panda, who expresses the reconciliation and coexistence between human and nature, and Manjunath Kamath, who seeks to illuminate the reality through myth and history.
Also, seven Korean artists including Kim Dong-yoo, Hong Kyung-tak, professor Kim Keunjoong of Gachon University, the Vice President of Korea Sculptor Association and Chungang University professor Yang Tae-keun, professor Lee Gil-woo of Chungang University, Koh Kwang-pyo and Lee Seung-soo from Jeju, will present their various art works, which express the beauty of ‘World Natural Heritage Jeju’, where nature and humans coexist in harmony.

The main theme of this year’s exhibition is ‘Non-doing(無爲) -Naturally’. It would be a good opportunity to experience the various methods of expression and different personalities of Asia’s renowned artists and also their individual idea toward the sustainable coexistence of our nature and human living in the 21st century.
Park Chul-hee, the executive director of Asia Art Management Association, who organized this exhibition, said, “It is already the third time in our journey to establish World Heritage Jeju as the international art hub of East Asia and ‘Jeju, paints Asia’ is becoming one of Asia’s leading exhibitions due to the participation of Asia’s representative artists.” He also aspired, “As the exhibition became an international event that attracts global attention by inviting the artists from India in addition to the artists of Korea and China, we will continue to make efforts to create the ‘East Asian Art Hub, Jeju’, where even more leading artists of Asia
can join in.”

Odisha Govt to auction 40 mines including 16 new ones

MoS for Ministry of Health & Family Welfare, Dr. Bharati Pravin Pawar is on a…