Cuttack: The annual historic festival of Baliyatra began on the banks of river Mahanadi here at Gadagadia Ghat in the evening. Health and Law Minister Pratap Jena along with Culture Minister Ashok Panda and Sports Minister Chandra Sarathi Behera inaugurated the grand festival in the presence of city mayor Meenakshi Behera. 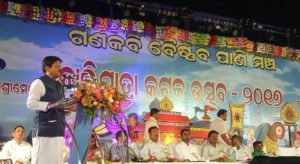 The weeklong fair will continue till November 10, but enthusiasts here are hopeful that the local administration will allow the festival to continue for another two days till next weekend.

The local administration is staging the festival over an area of 30 acres on the riverbank.  Over one lakh revellers thronged both the fair grounds on the inaugural day. 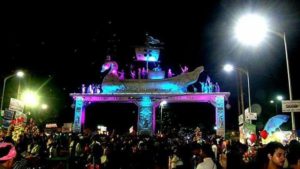 The Commissionerate police have made elaborate arrangements to maintain law and order during the festival. City DCP Akhileswar Singh said around 50 platoons of armed police, including a quick action team, an anti-liquor squad, anti-sabotage and anti-terrorists squads, would be deployed in and around the festival grounds. The city traffic police too have geared up to ensure jam-free traffic on the roads leading to the festival grounds.

Several MPs and MLAs of the district and neighbouring districts were also present at the inaugural ceremony, which was presided over by district Collector Sushanta Mohapatra.