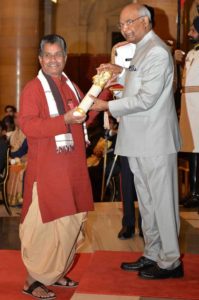 Among the dignitaries present on the occasion were the Vice President of India, Prime Minister, Speaker Lok Sabha and Union Ministers.

Govt reduces excise duty on petrol by Rs 8 per litre, diesel by Rs 6

WHO working closely with countries responding to monkeypox