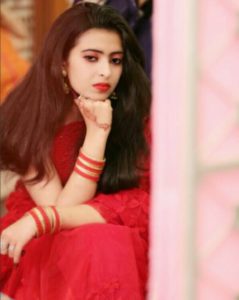 Music plays the instrument of emotions, and lyrics, spell life in it. The rising warlock of words, Apoorva Tewari, known by her pen name Shayra Apoorva is one such talent in town. Having inscribed the lyrics for the recent chartbuster ‘Naino Tale’, Apoorva speaks about her journey as a lyricist.

Hailing from Sultanpur of Uttar Pradesh, Apoorva discovered the poetess within herself while she was hardly 7-8 years old. However, with time, she began to explore and experiment with words which polished her skills. “Writing is my way of expression as any other art form. Mostly, I depend on what comes to me naturally. However, while writing lyrics, there are variations like rhythmic ones and abstract one. Both spontaneities as well as requirement play a part here.”

According to Apoorva, a lyricist’s role is prime in framing the entire structure of the song. She had debuted as a lyricist with short-movie ‘Pakhi’ where she had to do the study before penning down lyrics for it. “I have never felt lacking with words as they come to me with the flow of thoughts,” she says.

She is very much inspired from the present day’s Indian music’s leading lyricist Manoj Muntashir and the golden name of past era Majrooh Sultanpuri. “I am a lyricist by chance. Manoj Muntashir’s writings have always inspired me to experiment with writing. In fact, being a die-hard fan, I had tried to imitate a bit of his style which eventually brought my own style of writing.”

In the race of competition, art is becoming a commercial asset. Lyrics, in many cases, are made in purpose to sell the movie. Giving her view on this Apoorva says, “They say professionalism comes first. If ever I would be getting a chance where I would have to compromise with the qualitative writing, either I shall effort to put quality, or else let it go. Any kind of art is executed parallel to money, loses its ground and doesn’t last long.”

A bit of impatience, that’s the mantra she follows. “If one is truly chasing his dreams, definitely hard work and patience are the keys to success. But I feel, there should be a bit of impatience and starvation in the run.”

9th Day of .FEST took the Bhubaneswar people on a Fusion Fiesta like Never Before