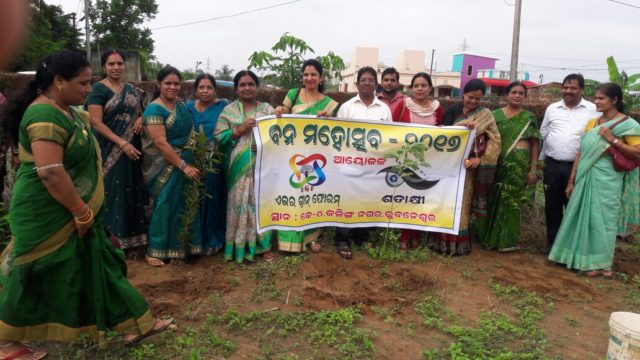 Bhubaneswar: Van Mahotshav Week-2017 was jointly celebrated by EVER GREEN FORUM and Satakhi Women’s Association at K-4, Kalinga Nagar, Bhubaneswar. Dr Sundara Narayan Patra, President of Orissa Environmental Society inaugurated this programme as chief guest. In his speech, he told that the role of tree and forest is very important to maintain the ecological balance.