Bhubaneswar: Tour De Kalinga, the longest-ever community cycling tour in the state, concluded after a journey of 1300 km in 13 days. The concluding ceremony was held at Bhubaneswar here Thursday.

As many as thirty national and international cyclists have covered 1,300 kilometres in 13 days from Bhubaneswar to Koraput.

“It was a tough journey. There was snowfall-like situation and we faced Cyclone Phetai. However, our team members overcame the difficulties with indomitable courage,” Sudhir Kumar Dash, founder of Roots of Odisha Foundation, said on Friday.

The cyclists were overwhelmed by the pristine beauty of the nature along their way. 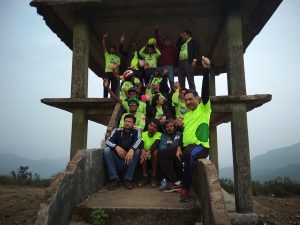