- TOUR-DE-KALINGA will beat TOUR de France in time to come and a golden opportunity to create world class eco-tourism in Odisha says Sudhir Kumar Dash Chairperson of ROOTS OF ODISHA FOUNDATION. - Mega Campaign on Save Environment, Global Warming and drug abuse in TOUR-DE-KALINGA, Participants from all across India joins in Bhubaneswar. - ASIA’s longest community pedalling campaign TOUR-DE-KALINGA began for the 4th time from the State Capital of Bhubaneswar from 11th December 2022.

Bhubaneswar : Organised by ROOTS OF ODISHA FOUNDATION and supported by HIGH FIVE SOCIAL INNOVATION and MISSION ODISHA, the 4th edition of TOUR-DE-KALINGA was flagged off by Sh. Tushar Kanti Behera, Minister of Sports, Youth affairs in front of Kaling Stadium Bhubaneswar. 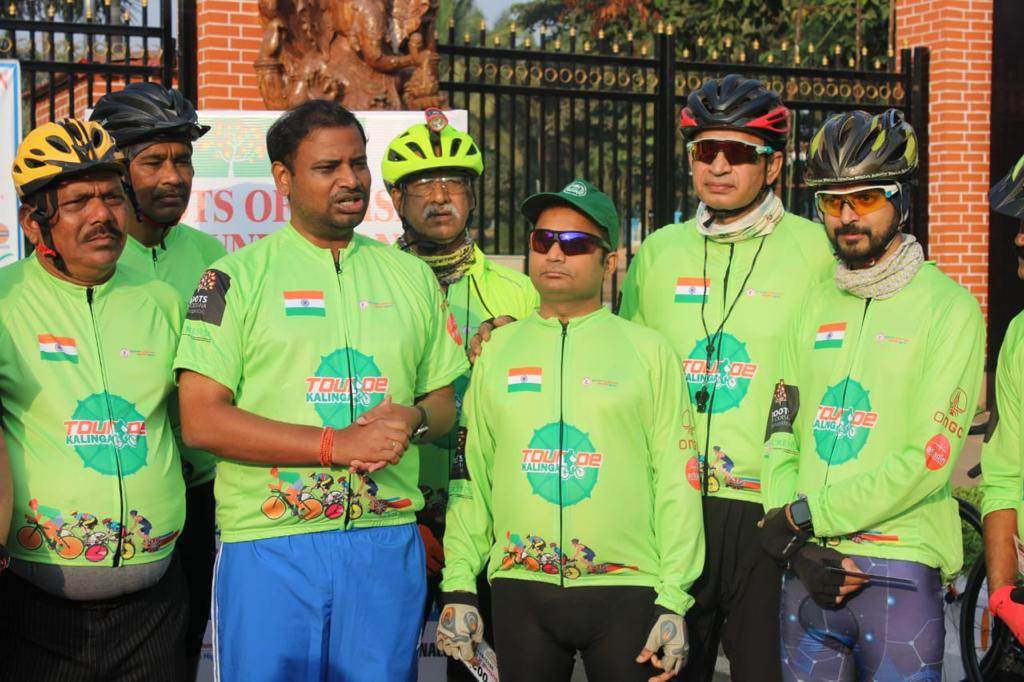 While flagging of this Mega Campaign on Pedal on Save Environment, Global Warming and Drug abuse, Minister Behera said, I am aware and have been a part of the Foundations great work in the past. I congratulate the team to Bhubaneswar and very to extend the support in their great work. Odisha has great landscape for eco tourism. The state government unde4r aegis leadership of the Chief Minister has built lots of infrastructure in disaster management. Joining to Minister Behera statement, to media questions, Chairman of ROOTS OF ODISHA FOUNDATION, CA . Sushid Kumar Dash with political stability in the state , the visionary Chief Minister Sh. Naveen Pattnaik has done magnificent transformation in building sports infrastructure in the state. We are hopeful that his excellency the minister will wave his silence magical wand to transform Odisha as the best torusit destination not in India but in the world map as well.

Chairman of ROOTS OF ODISHA FOUNDATION Shri Sudhir Kumar Dash, Chartered Accountant while unveiling the theme of Tour-de-Kalinga said that Odisha has the unique landscape found nowhere in the planet with the Golden Triangle, Chillika Lagoon, Eastern Ghats and Thick Forest with aquatic and wildlife is the ideal destination for eco-tourism. This will not just unleash the best secret of Odisha but will add to the tourism potential of the state. Need to mention here that tourism is the biggest employer worldwide.
We are working on ground since 2015 to promote this 1300 km long route to create a corridor for cycle tourism. The World is going for a toss with increasing pollution, loss of Environment and Global Warming. It’s an imperative thing that India is poised to lead the world and show the path in carbon management and sustainable Development with the G-20 crown coming in India’s way. Let Odisha be the torch bearer for other state.
Narrating further on the significance of this Tour, Sh Sudhir Dash highlighted what this tour offers to the rider. An epic ride in Odisha means, a state known for its pristine golden beaches, world famous heritage sites of Konark Sun Temple, Lord Jagannath Puri Temple, city of Temples Bhubaneshwar, Asia’s biggest brackish water lake Chilika & lagoons, dense forests, Elephant reserve, tiger reserve, mesmerizing eastern Ghats, Ragi & Alsi cultivation, dance, art, a mix of North & South Indian cuisine, peaceful & hospitable people the land of Great Emperor Ashoka who embraced Buddhism & Rath Yatra juggernaut. 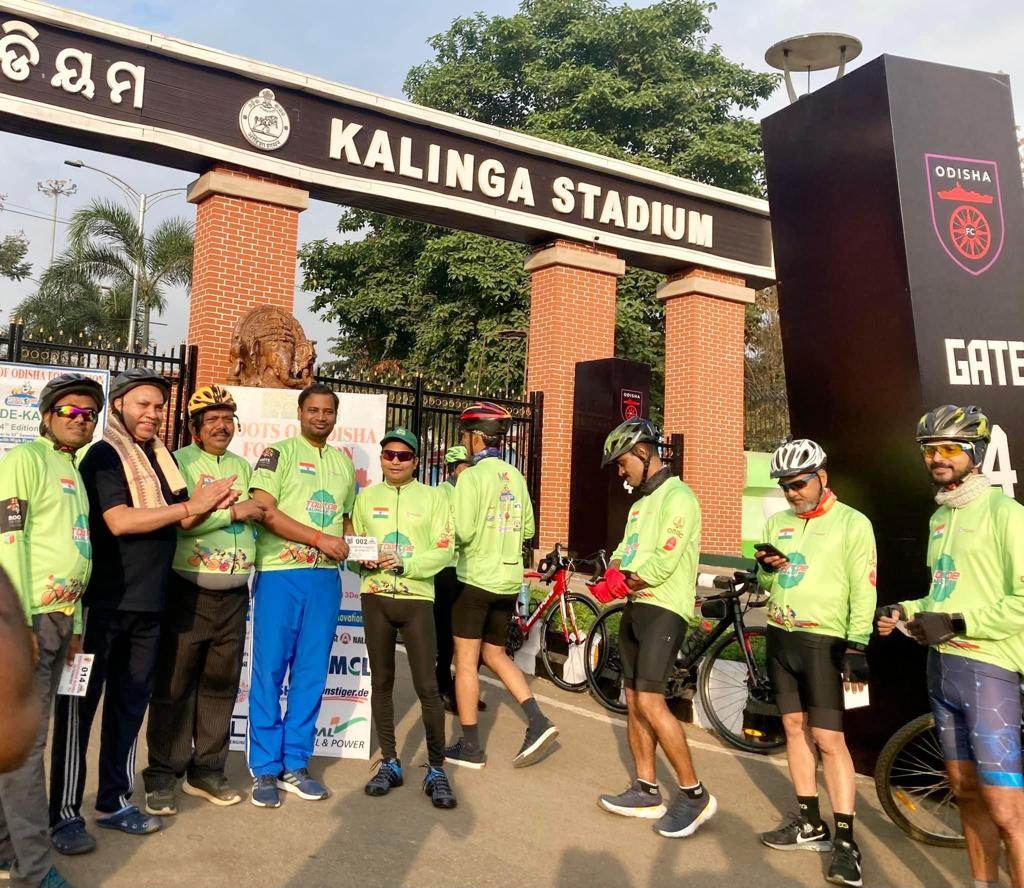 The other convenor of this tour, Sh. Yogendra Singh who is participating since 2017 said he has travelled many Scandinavian countries, but the beauty of Odisha is unparallel with grand culture, art and food science available even in the remotest part of Odisha. Not to forget the efficiency of the ministers here the simple way of them making available all the time for public cause. The food is uniquely invaluable and so are the people and their hospitality.
Renowned Journalist and founder of Mission Odisha Sh. Madhusudan Mishra welcome the riders from outside and said that the government should focus for on ecotourism and the route opted by TOUR-DE-KALINGA team is best suited to promote eco and adventure tourism. Unfortunately, this is yet to catch the attention of all concerned to build adequate infrastructure in these areas.
In the gathering were Social Activist former MLA Dr. Dileep Srichandan, Senior Journalist Kishare Dwibedi, Social Activist Bipin Mohanty.

“It is our resolve that India becomes ‘Viksti Bharat’ by 2047”: PM Narendra Modi