Two States – Kerala and Maharashtra- account for 71% of the total Active Cases of the country. 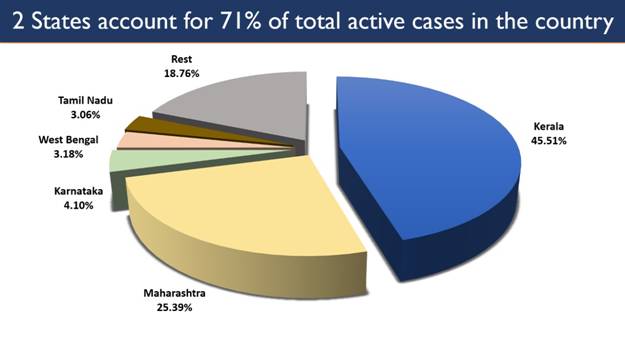 As on 10thFebruary, 2021, till 8 AM, more than 66 lakh (66,11,561) beneficiaries have received vaccination under the countrywide COVID19 vaccination exercise.

The number of beneficiaries being vaccinated every day is following a consistent upward slope.

81.68% of the new recovered cases are observed to be concentrated in 6 States.

Kerala has reported the maximum number of single day recoveries with 6,475 newly recovered cases. 2,554 people recovered in Maharashtra in the past 24 hours followed by 513 in Karnataka. 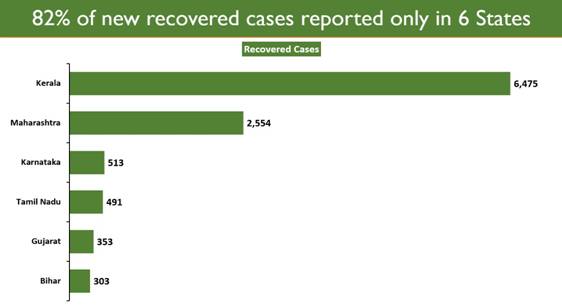 Kerala reports the highest daily new cases at 5,214. It is followed by Maharashtra with 2,515, while Tamil Nadu has reported 469 new cases.

94 fatalities have been recorded in the last 24 hours.

Six States account for 80.85%of the daily deaths. Maharashtra saw the maximum casualties (35). Kerala follows with 19 daily deaths and Punjab has reported 8 casualties.