New Delhi : Central Bureau of Communication, Chandigarh and Press Information Bureau, Chandigarh, two arms of the Ministry of Information & Broadcasting, organised a Media Interaction along with a millet lunch today at Chandigarh.

Spearheaded by the Prime Minister, the Government of India sponsored the proposal for International Year of Millets (IYM) 2023 which was accepted by the United Nations General Assembly (UNGA). The declaration has been instrumental for the Government of India to be at the forefront in celebrating the IYM. The PM of India, Shri Narendra Modi has also shared his vision to make IYM 2023 a ‘People’s Movement’ alongside positioning India as the ‘Global Hub for Millets’. The millet lunch is a welcome step in that direction.

During the interaction, Sh. Rajender Chaudhry, ADG, PIB Chandigarh said, “Declaration of the year of 2023 as International Year of Millets by our Prime Minister will become a game changer in times to come. Today’s young population is seeing many health related issues from an early age. Consumption of millets can help fight these health issues. Millets have low glycemic index, high protein value and are gluten free. They can also aid weight loss.” 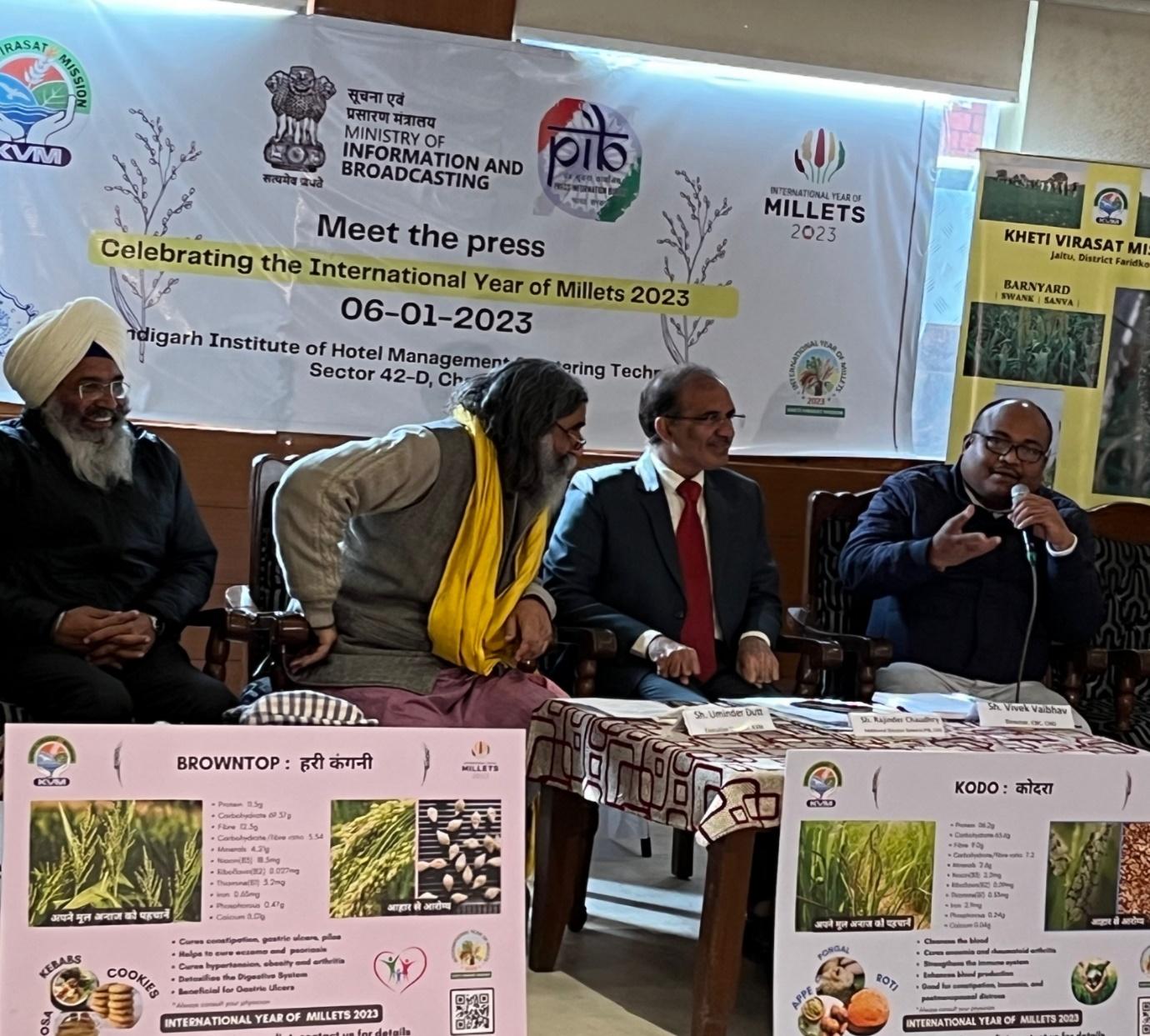 Image: Sh. Vivek Vaibhav, Director, CBC Chandigarh interacting with the media on the importance of millets

He further added, “The millets have multidimensional benefits. It is not only good for consumers but also for the producers and environment. Production of millets is less water and less electricity intensive. Consumer will have a healthy living as millets helps in fighting a number of diseases like obesity, diabetes, anaemia, hormonal imbalance, high cholesterol etc. Hence, it is an excellent source of wholesome nutrition. Today’s event aims to increase the awareness about millets with the help of media. With this, the consumption will also increase and in turn the subsequent demand. “

Sh. Umendra Dutt, Executive Director, Kheti Virasat Mission who was a special speaker at the occasion, said, “Millets are now no longer seen as fringe crops. They are competing with the wheat and rice cyclical agriculture. They can also reduce our carbon footprint.” While speaking on the issue of stubble burning, he said, “Millet stalk is a very good fodder for cattle. Thus, farmers don’t burn these. This is a possible solution to Punjab’s stubble burning problem.” 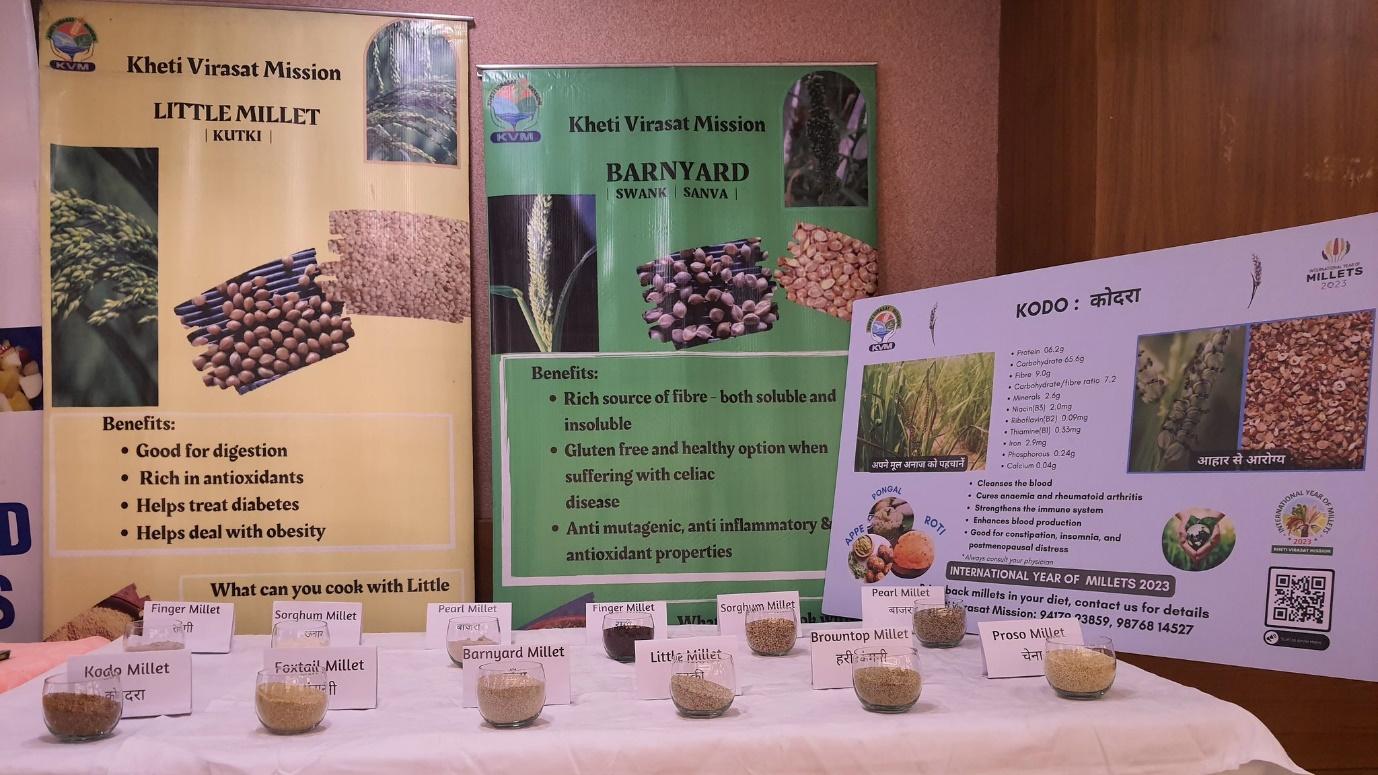 Image: Millets exhibition at the occasion

Three millet growers from Punjab and Haryana Raspinder Singh, Gurmukh Singh and Vipul Kamboj were also present at the event and shared their personal experiences in growing millets.

Sh. Vivek Vaibhav, Director, CBC Chandigarh also spoke on the occasion and pointed that millets are also an integral part of the G-20 meetings and delegates will be given a true millet experience through tasting, meeting farmers and interactive sessions with start-ups and FPOs. The spirit of the whole of government approach is truly being seen in the celebration of the International Year of Millets 2023 and the same is the intention from the current meet. 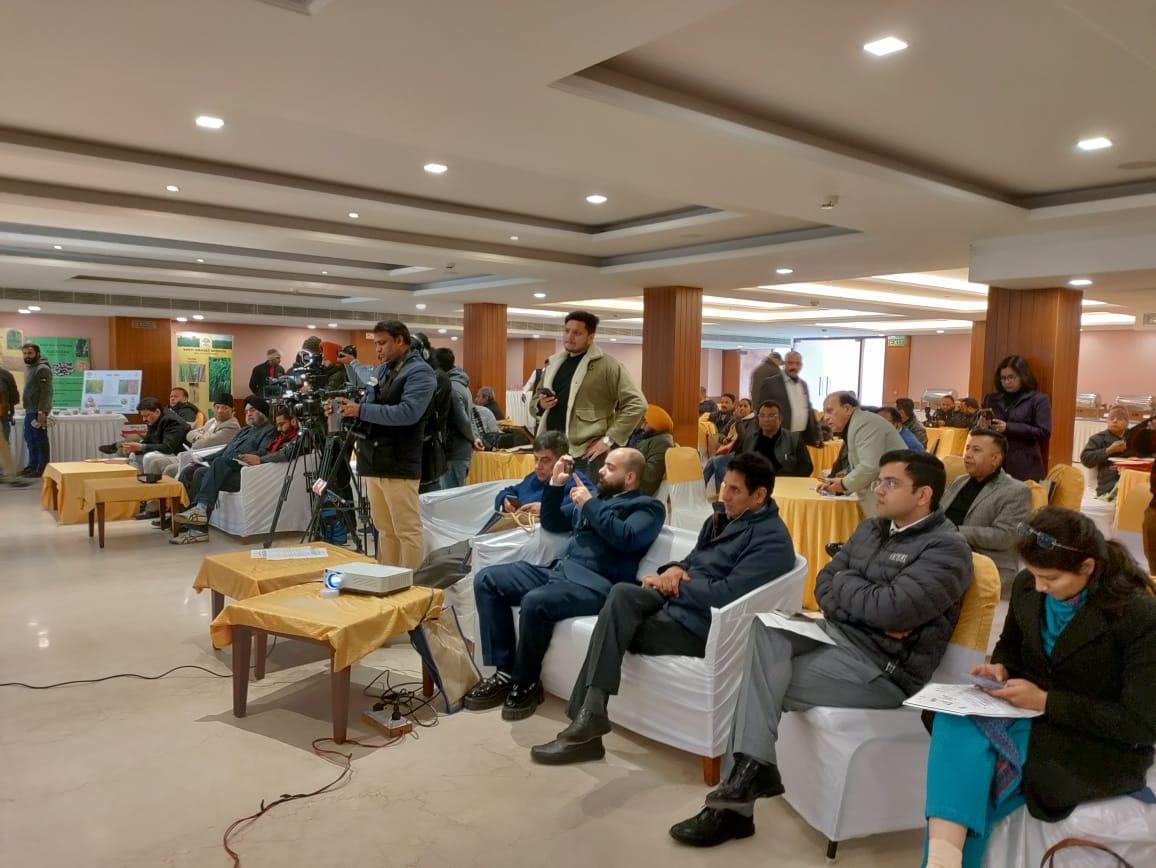 Image: Media listening to the farmers’ experience sharing at the event

The event was attended by journalists from Punjab, Haryana and Chandigarh.