Union Minister of Micro, Small & Medium Enterprises (MSME) Narayan Rane addressed the Goa MSME Adhiveshan in Panaji today. The meet was organized by Laghu Udyog Bharati (LUB) in association with the Department of Trade, Industries & Commerce, Government of Goa. The event is described to be the largest gathering of representatives from the MSME sector in the State and marked the official launch of the Goa chapter of LUB.

The Goa MSME Adhiveshan is a conference of representatives of the MSME sector in Goa, intended to serve as a platform to network, ideate and share knowledge. The day long event witnessed multiple sessions by industry experts on a range of topics from ‘Business Process Automation’ to ‘Brand Driven Growth’. At the event, Goa Chapter of LUB expressed its resolve to focus on increasing exports and creating industrial clusters that generate employment and promote entrepreneurship in the State.

Speaking at the event, Union MSME Minister Narayan Rane thanked Laghu Udyog Bharati for their selfless efforts to bring dynamism to the Indian economy. He said a permanent industry is an absolute necessity for a State to generate stable income and urged the State of Goa to formulate concrete plans to ensure there is booming industrial activity. He called for all stakeholders to work together and instill more vibrancy in the State’s economy.

Challenging all the micro industries to grow to the small category and all small industries to grow to medium, the Union Minister said though Goa has high per capita income compared to other States in the country, its citizens should be looking to match the levels attained by Developed Nations. He praised the punctuality, sincerity and discipline he has witnessed in the State and urged Goans to draw upon these strengths and work towards propelling the State’s economy to greater heights. He added that each citizen should think about how they can contribute to India’s growth story and help the country emerge as a shining example for the rest of the world.

Goa Chief Minister Pramod Sawant thanked Union Minister Narayan Rane for his advice and guidance. He urged representatives of MSME sector to utilize all the various schemes and incentives launched by both the Central and State Governments and grow both their businesses and the economy of Goa. He also highlighted the need for Goa to reduce its dependence on Tourism and diversify its economic base. It is only then that the goal of Swayampurna Goa and through that, the goal of Atmanirbhar Bharat can be made a reality, he added. 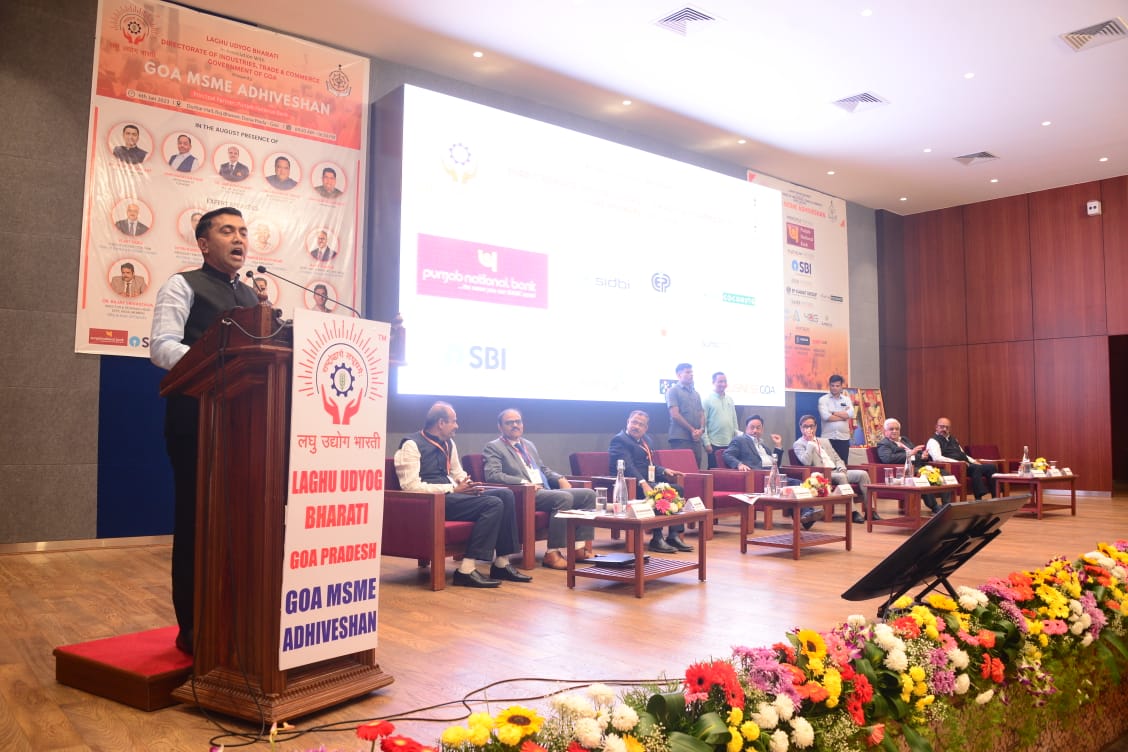