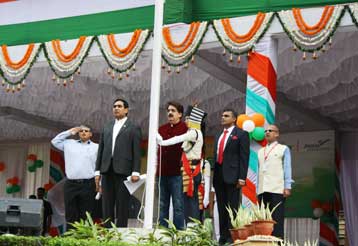 In a message, read out by Mr. Atul Misra Chairman of JSPL Mr. Naveen Jindal highlighted achievements of JSPL and its commitment for contributing towards building the nation. “We are expecting to produce 4 Million Tonne of steel from Angul unit this financial year”, he said in the message.

Addressing on this occasion Mr. Rajeev Bhadauria said “Innovative thoughts and actions are required for building a better future for India”. He advised the students and the employees to understand the changing work culture and current technological convergence for better prospective. Adding further Mr. Atul Misra, also elaborated the achievements of Angul unit in recent times.

The School premises vibrated with a series of scintillating cultural presentation by students of O.P. Jindal School. More than 2000 people witnessed the grand celebration.

Appreciating the overall function of the day Mr. Chhanda Charana Das, Principal, O.P. Jindal School extended vote of thanks to the gathering

Extending the 72nd Independence Day celebration, a Flag-hoisting program was also organized at the Shramik Vihar, where Thousands of workers participated. Flag was unfurled by Mr. Alok Malhotra, VP-HR & ES, in presence of Mr. Asish Ranjan Mohanty, DGM-HR and other officials of JSPL. 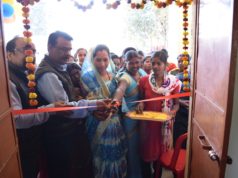 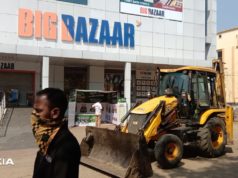 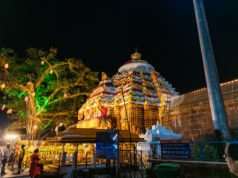