On the initiative of Prime Minister Shri Narendra Modi and the proposal of the Government of India, the United Nations has declared the year 2023 as the International Year of Millets, which will be celebrated with enthusiasm across the country as well as globally. Its preparations are going on in full swing at the national-international level. The Ministry of Agriculture and Farmers Welfare is taking several steps in collaboration with all concerned to spread awareness about millets with the objective of increasing the demand and acceptance of millets. 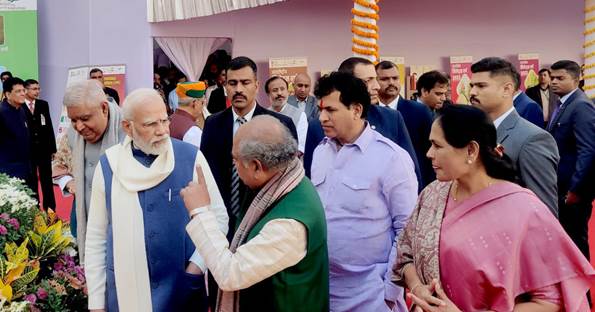 Shri Tomar said that Prime Minister Shri Modi wants our ancient nutritive grain to get a respectable place in the food plate again. Also, this initiative will ensure remunerative returns to the farmers cultivating millets in the long run, he added.

In view of the pre-preparation to celebrate this festive year, a banquet was organized in the Parliament premises with delicious dishes made of millets, in which leaders of various parties in both the Houses, including Ministers and MPs, in the special presence of the Vice President and the Prime Minister, tasted millets. The lunch featured a curated millets-based buffet featuring a variety of scrumptious dishes made from Indian nutri-cereals.

The Courtyard at Parliament was beautifully decorated with millet based rangolis and primary millet crops from across the country were put on display, which was observed by Vice President Shri Dhankhar and Prime Minister Shri Modi. A picture collage of various promotional events for International Year of Millets organized by the Department of Agriculture and Farmers Welfare and other associated stakeholders was also displayed at the venue.

The luncheon served an elaborate curated millet buffet to highlight the diversity of Indian Millets & variety of Millet cuisines. A group of chefs from Karnataka and Rajasthan prepared various millet delicacies for the Members of Parliament. Alongside the millet culinary experience, Millet based products were also exhibited at the event venue to showcase various food products that included several ready-to-eat and ready-to-cook millet items.

The launch ceremony of the International Year of Nutri-cereals was recently organized by the Food and Agriculture Organization of the United Nations (FAO) in Rome (Italy). Indian delegation participated in this program.

Millets are important crops of ancient and dry lands. These short grained highly nutritious cereal-food crops are grown on marginal soils/less fertile soils with less rainfall and less amount of inputs like fertilizers and pesticides. Millets, native to India, have gained popularity as nutra-cereals, as they provide essential nutrients for normal functioning. Millets were the first crops to be cultivated in Asia and Africa, later spreading as an important food source for advanced civilizations around the world. 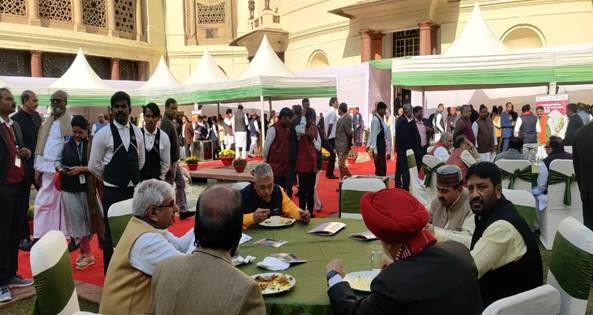