Why India may remain a poor country

Despite the recent economic slowdown, many believe that India will turn around and by the next decade will be a land of prosperity. But a new study by Tish Sanghera rings a warning bell. It categorically says, unless the health and education sector of the country makes significant improvement- India will remain a poor country of unhealthy people for very long years. Poor quality education and the relatively high prevalence of certain diseases amongst the population will impede India’s growth by adversely impacting the workforce productivity.

Indians work for just six-and-a-half years at peak productivity (compared to 20 years in China, 16 in Brazil and 13 in Sri Lanka), ranking 158th out of 195 countries in an international ranking of human capital in the study by the Institute of Health Metrics and Evaluation, published in The Lancet, a global journal.

Human capital is a measure of the education and health levels in a population, expressed as the number of expected years lived between the age of 20 and 64. It is considered an important determinant of economic growth.

Therefore, these two sectors must be given top priority.

Scientists have said that wastage of food is one of the reasons of climate change. Wastage of food is rampant in India. Forget farm waste, supply chain waste, cold chain waste- the amount of food we waste at home, office canteen, restaurants and in our social festivals is colossal. Go to any social do you’ll find people taking more food in their plate than they can possibly eat. As a result lots of food goes into garbage. When millions of people every day go to bed hungry – wastage of food is a moral offence. 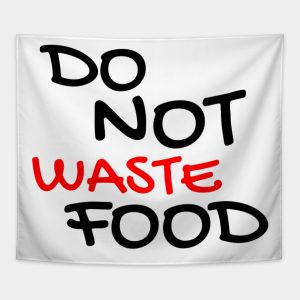 We must develop the habit of taking only the amount we can consume and must raise our voices against wastage of food at social gatherings.

To know more about the subject surf: https://www.eatresponsibly.eu/en/foodwaste/1#section-bin

As September draws to a close and the rains subside, the sky clears up to crystal blue- you can get the sweet smell of Seuli at night. This heralds the festive puja season- especially the Durga Puja. Sephali, Seuli (Nyctanthes arbor-tristis), the night-flowering jasmine or parijat, is a species of Nyctanthes native to South Asia and Southeast Asia. This tiny white sweet-smelling flower is associated with Durga Puja in an integral way like the clear blue autumn sky, cotton-white clouds and the kash or kashtandi on the river beds in the Eastern India.

We have one Seuli tree in our campus. It was planted by one of our former students- on her birthday. It has flowered now. My wife collects the flowers lying on the ground around the tree and puts them on a plate before the deity.

Internet is a store house of information, mostly trivia. The other day, I got some interesting facts about mirror. It was first used by people of Mesopotamia civilization. A survey says, girls love it more than their boyfriends. It is interesting to know that monkeys also love Mirror.  Another survey says, boys consider themselves to be the more handsome after looking at their images on a mirror. And for reasons unknown, cats get irritated after seeing their reflection.  People, who have committed some mistakes or have sinned feel guilty when they see themselves in a mirror.  Dogs always try to avoid it.

Prosecutor to Shashi Tharoor: Did you push your wife to suicide?

Shashi Tharoor: That sir, is an exasperating farrago of distortions, misrepresentations & outright fibs. Calumny is being heaped upon me by an unprincipled showman masquerading as a police officer.

Judge: Case adjourned to 2050, or until we get an Oxford educated Judge on the Bench….

Tailpiece 2: How to say NO in India

– Dekhta Hun. Let me see
–Thodi der main batata hun. I’ll get back to you shortly
–Puchna padega. I’ll have to ask
–Pakka nahin hai yaar. It’s not sure.