Speaking at the National Technology Day 2022 event, which coincides with India becoming a full Nuclear Country after the Nuclear explosion at Pokhran on 11th May, 1998, Dr Jitendra Singh said, India is already on the ascent and Science, Technology and Innovation are going to be the key determinants of the roadmap for next 25 years when we celebrate 100 years of India’s Independence. He said, there is an urgent need to build an “Innovation Ecosystem” for the Start-ups as there is no dearth of talent and resources in the country. For this, the Minister emphasised to adopt Integration approach, rather than acting in silos.

Dr Jitendra Singh also gave away awards to 7 most successful Start-ups for their pioneering work in areas like Quantum data security, covid testing kits, A-I powered Robot for electronic assembly, Cryogenic technologies and Cyber security systems. This award is given to a technology start-up for development of indigenous technology with potential for commercialization and the award in addition to the trophy includes a cash award of Rs.15 Lakh. The Minister also gave awards to Women Scientists in Translational Research and Women Entrepreneurs, besides the National Awards for successful commercialization of indigenous technology and Award under MSME category.

Dr Jitendra Singh said that both the Start-ups and Women entrepreneurs have a very high priority for Prime Minister Narendra Modi and the Department of Science and Technology is taking all the steps to promote them to their full potential. Pledging complete support to the Start-ups by proactively reaching out to them, the Minister promised full financial support and even offered to change the rules to strengthen the support system.

Dr Jitendra Singh also launched the SSR and SRIMAN Guidelines on the occasion and said that Scientific Social Responsibility, SSR as an institutional mechanism, is a significant step to reach out to the widest-spectrum of stakeholders of S&T with knowledge, human resources and infrastructure to make an effective use of existing assets for the benefit of society. He said, in tune with the spirit of CSR to earmark some profit for public service, SSR will enable sharing of knowledge and Infrastructure.

Dr Jitendra Singh said, the broad objective of the Scientific Social Responsibility (SSR) Guidelines is to harness the latent potential of the scientific community on voluntary basis for strengthening science and society linkages and thereby making S&T ecosystem responsive to societal needs. It primarily involves bridging science-society, science-science and society-science gaps, thereby bringing trust, partnership and responsibility of science at an accelerated pace towards achieving social goals. He said, SSR activities are going to benefit the communities, groups, entities or individuals through interactions with the knowledge workers.

Dr Jitendra Singh said, India in the recent years has witnessed growth in acquisition of research equipment and more than 90% of high-end equipment are imported. Majority of such equipment is not shared and marred with maintenance issues and lack of spares which adds to the burden of RI costs. In addition, access to equipment and its proper utilisation also needs attention. Manufacturing of indigenous instruments to reduce dependency on imports is also essential along with human resource development for operations and management of RI, the Minister added. 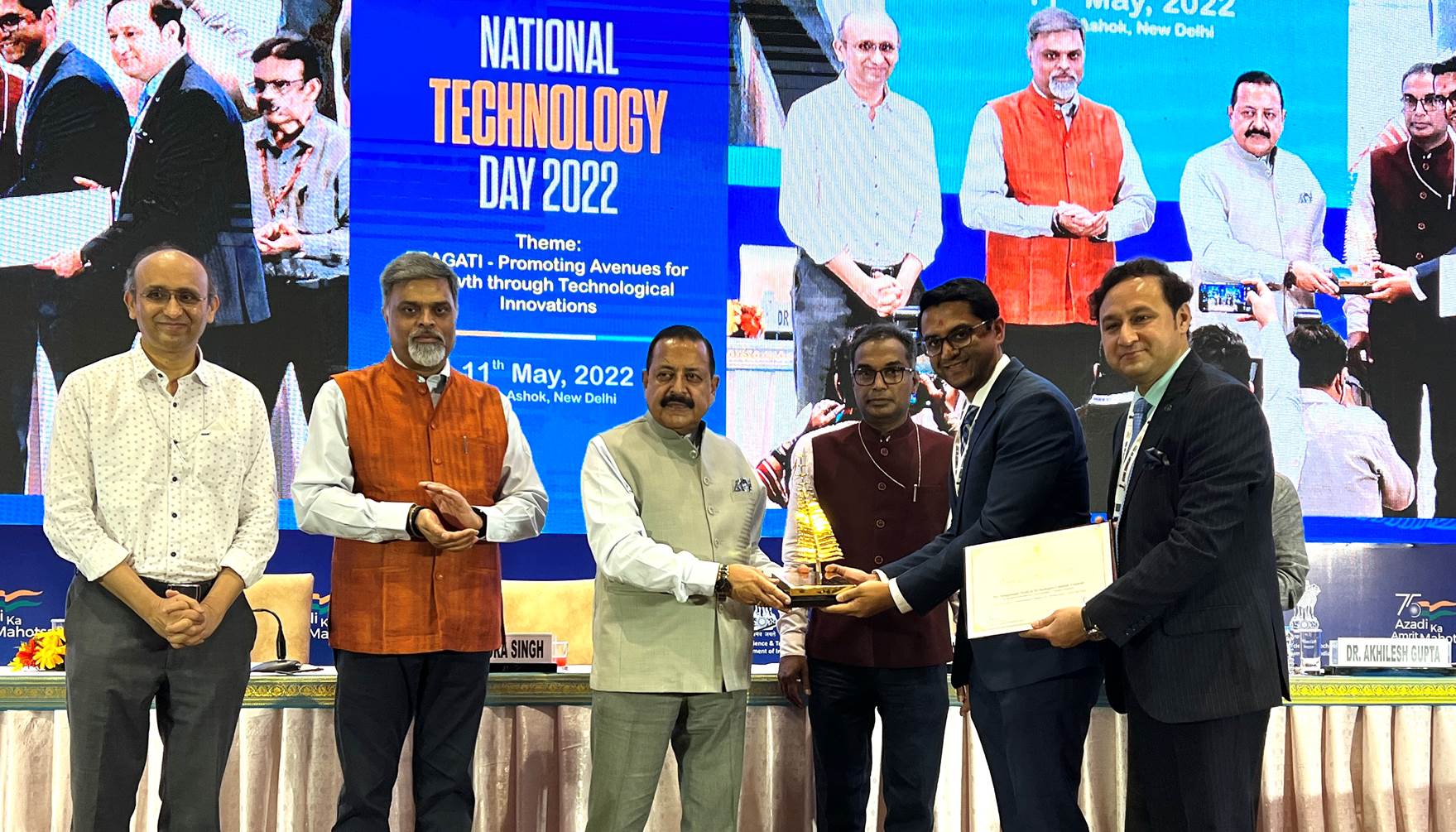 Dr S. Chandrasekhar, Secretary, DST said, the scope of the Guidelines extends to all Govt. scientific departments, research organisations and grantee agencies that support development of scientific RI and all the organisations receiving funds for conducting research and development. Private institutions can also be partners and/ or beneficiaries in such endeavours based on mutual agreement.

Shri Rajesh Kumar Pathak, IP&TAFS, Secretary, said that it was on 11thMay 1998, that India had a prideful accomplishment of successfully conducting Nuclear Missile Test at Indian Army’s Pokhran range. It’s after this 1998 monumental event that our Former Prime Minister of India, Late Sh. Atal Bihari Vajpayee declared India a full Nuclear Country. Since then, 11th May is being observed as National Technology Day, with an aim to commemorate the achievements of scientists, researchers, engineers and all others involved in the field of science and technology.

TDB, a statutory body of the Department of Science and Technology, Government of India by the virtue of its mandate, honours technological innovations that have helped in the national growth under the aegis of National Awards from the year 1999.