New Delhi : Ministry of Labour and Employment (MOLE) released today the Report of third quarter of Quarterly Employment Survey (QES) for the period October-December, 2021, prepared by the Labour Bureau, an attached office of MOLE. The AQEES has been taken up by the Labour Bureau to provide frequent (quarterly) updates about the employment and related variables of establishments in both organized and unorganized segments of nine selected sectors, which account for a majority of the total employment in the non-farm establishments. 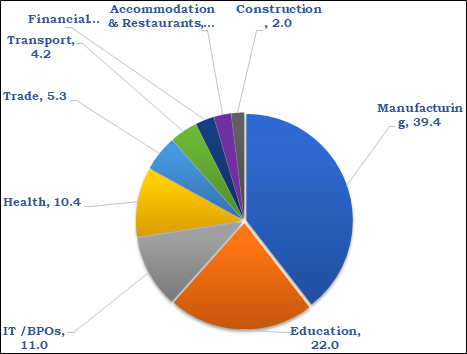