Delivering his inaugural address at the ‘National Workshop on legal Metrology Act, 2009’ here today, Shri Goyal suggested a pragmatic approach to decriminalize laws and urged states to support the initiative to balance the interest of consumers with the need to simplify laws so that businesses, particularly the small enterprises, are not put to undue hardship.

“It’s our collective responsibility to ensure that the consumers do not face injustice while at the same time understanding the responsibility towards businessmen so that they can work peacefully,” the minister said.

He said that the focus should be mainly on differentiating between mens rea and bona fide cases. He gave example stating that if any wrongdoing at places where calibration of Weights & Measurements is done, then strict action should be taken. He mentioned that this is also mentioned in Kautilya’s Arthashastra which mentions ‘Chief Controller of Weights & Measurements’ and states, ‘All measuring instruments shall be inspected and stamped once every four months on payment of stamping fee’. 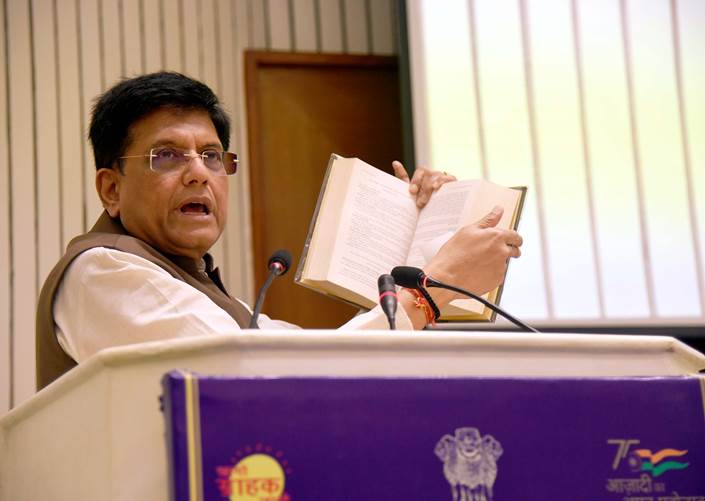 “Why are there so many first offenses and second offenses are Nil? How many cases are there as 2nd offense in respective states? What has the State Government done when there is no second offense?” he questioned the states.

As per the statistics of the Department of Consumer Affairs, the number of cases booked by the States/UTs as a first offense in 2018-19 was 1,13,745 while those compounded were 97,690. In the same period, the number of second offenses in which case was booked was 12 of which only 4 cases were filed in the court.

“Keeping this trend in mind, the number of offenses should gradually drop to Nil,” Shri Goyal raised concern.

During the address, he said, “I believe that this workshop will help finalize recommendations for the decriminalization of the LM Act. Earlier, this issue was discussed with all State Govts via VC on 2 July’21, wherein some states were not in favour of decriminalizing the provisions of the LM Act.”

Shri Goyal said that it’s significant to bring a transparent system in place so that people can do business with simplicity. He added that ‘Jago Grahak Jago’ shouldn’t only be a slogan. There should be consumer awareness campaigns. The consumers should be motivated to come forward with the complaints so as to benefit society as a whole.

He suggested making the process simple and said there should be a way of taking calibrated action against non-compliance wherever reported. He said investors should get the message that habitual offenders would not be spared, but the sincere businesses would not be unnecessarily harmed.

Shri Goyal appreciated the campaign of the Central Consumer Protection Authority (CCPA) that launched a country-wide campaign to prevent the sale of counterfeit Helmets, Pressure Cookers & Cooking Gas Cylinders, etc. He echoed the PM’s vision of ‘Vocal for Local’ and ‘Local to Global’ urging to achieve quality as ‘One Nation One Standard’.

He said that as the world will celebrate World Metrology Day on 20th May, by then a transparent and consumer-centric LM Act should be put up in the public domain for the benefit of consumers. 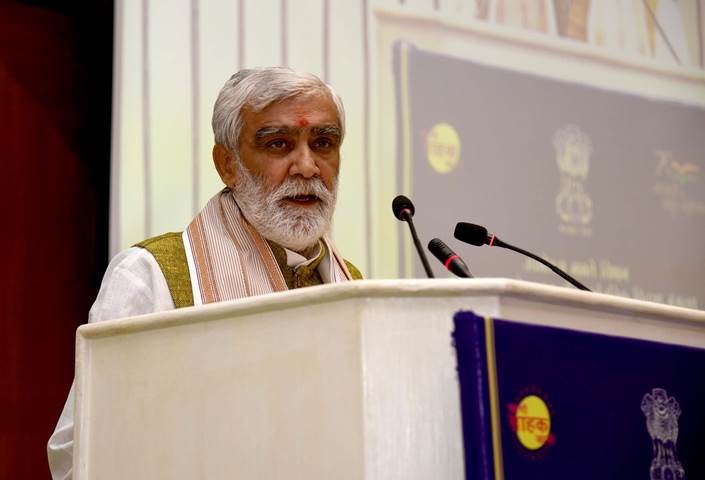 Present during the workshop, Minister of State for Consumer Affairs, Food & Public Distribution, Environment, Forest & Climate Change Shri Ashwini Choubey emphasized that the provisions of the Legal Metrology Act will be discussed in the Workshop and a consensus will be reached on how to ensure ease of doing business while protecting the interests of consumers. He highlighted that stigmatizing the industry is not conducive to the economy and there is a need to protect the businesses, specially the small businesses, from harassment of official machinery for them to prosper. For this, he suggested that the businesses should not be harassed for inadvertent error, however, the repeat offenders should not be spared from the action.

Minister of State for Consumer Affairs, Food & Public Distribution, and Rural Development Ms. Sadhvi Niranjan Jyoti in her keynote address emphasized that the Government under the great leadership of the Hon’ble Prime Minister has repealed some obsolete laws. She praised the initiative of the Department of Consumer Affairs to organise the Workshop to amend provisions of Legal Metrology keeping in view the changes in the country. She mentioned the need to do all that is necessary in the national interest. She expressed the hope that deliberations of the Workshop would help the Department in finding ways for the betterment of the industry and the consumers. 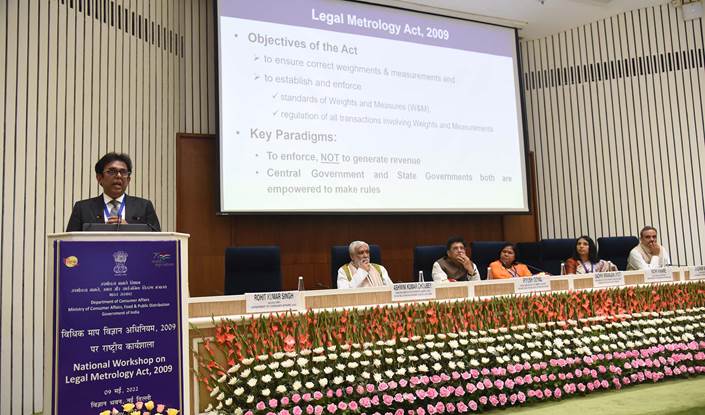 Shri Rohit Kumar, Secretary Department of Consumer Affairs, shed light on the issues stating that by decreasing the burden on businesses and inspiring confidence amongst the investors, focusing on economic growth and consumer interests, mens rea (malafides/ criminal intent) is an important factor when it comes to the imposition of criminal liability, therefore, it is critical to evaluate the nature of non-compliance i.e. fraud as compared to negligence or inadvertent omission and at the same time, habitual offenders must be taken to task for recurring non-compliance.

Section-wise details over the years