Addressing the program organized in Tamulpur, the Union Home and Cooperation Minister said whenever he visits Bodoland, he returns to Delhi with new enthusiasm and a lot of good wishes. He said that when I visited Bodoland for the first time seven years ago, our government was not in power and the youth here were fighting with weapons and politics of violence was being played out and hundreds of youths were killed. At that time, during the Assam Assembly elections, we had promised that if we form the government, we will quell terrorism by driving it out of Assam. Under the leadership of the Prime Minister, Shri Narendra Modi and the untiring efforts of the Chief Minister of Assam, Shri Himanta Bishwa Sharma, the Ministry of Home Affairs of India has worked to establish peace in Assam, by negotiating with all armed groups. In Assam alone, more than 9,000 people from armed groups have chosen to surrender and join the national mainstream and the most important example is the Bodoland Accord.

Shri Amit Shah said we had said that this area will be free from bullets, terrorism and bomb blasts. We shall take forward education, industry, employment and agriculture. Today we are very satisfied that in such a short span of time the Government of India and the Government of Assam have fulfilled 90 per cent of the terms of the agreement and have fulfilled the promise we made with Bodoland. Shri Shah said that earlier it was not possible for any Bodo youth to be Speaker of Assam Legislative Assembly, but today the Speaker of the Assam Legislative Assembly is our brother from Bodoland. Assam and Bodoland is proud of him. The Union Home Minister said I, once again assure the people here that the people of Bodoland will be more empowered socially, culturally, economically and politically. The language, culture and economic development here is not only your concern but also the concern of the Government of India and the Government of Assam. The Union Home Minister said that as far as the BTR agreement is concerned, we had to give Rs. 1,500 crore for the development of the BTR within 3 years, today the Assam Government and the Government of India have given  Rs. 1,980 crore  and in this we have given priority to institutional development. The DPR of Rs. 500 crore is under consideration with the Government of India and we will approve it within a very short time. Shri Shah said that today I want to assure the people of Bodoland that the government under the leadership of Shri Narendra Modi is committed to the all-round development of the Bodo region. This government is also committed to the preservation and promotion of the cultural identity, language, music and dance of the Bodo region and its political empowerment. The Union Home and Cooperation Minister said Bodoland and Assam are very suitable areas for the Honey Mission. Keeping this in mind, the Khadi Village Industries should try to increase the income Bodo farmers by connecting them with the Honey Mission. Bodoland is very suitable in many fields including potter empowerment, honey mission, agarbatti manufacturing, agro based processing units, paper industry, footwear design, wood and furniture. If the Khadi Village Industries takes Bodoland under a mission, then Bodo youth, who have been troubled by bloodshed for a long time here, will get employment. He said that Khadi is a mantra to fulfill the Swadeshi mantra given by Gandhi ji and the dreams of a self-reliant India of Shri Narendra Modi. The meaning of Khadi is the guarantee of purity. I am very happy that Paramilitary Force Jawans will begin to get Village Industries products at all canteens soon.

Earlier, the Home Minister visited the Mankachar BOP on the Indo-Bangladesh border and reviewed security arrangements and the Comprehensive Integrated Border Management System. In his tweets, Shri Amit Shah said the Government of India under the leadership of Prime Minister, Shri Narendra Modi is providing modern technology to our security forces to secure our borders. The biggest problem in border areas was the lack of development which led to migration. The Modi government is providing continuous development due to which migration has greatly reduced. He said today he was very happy to see the enthusiasm and faith of the people living in the border area of Mankachar BOP. 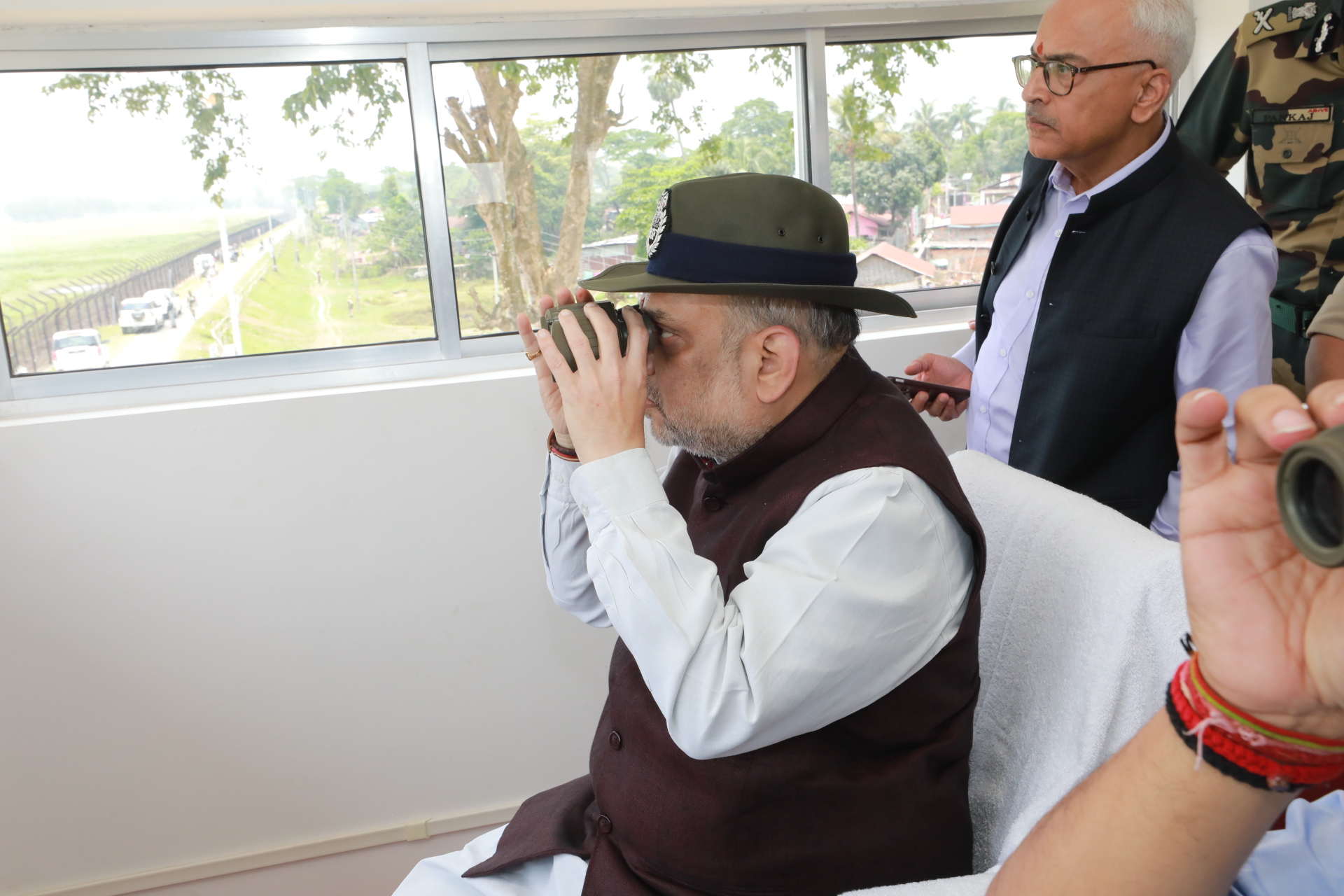