Bhubaneswar: The State Chapter of Campaign for Survival and Dignity(CSD), Odisha, the campaign which struggled for the enactment of historic Forest Rights Act, 2006 in the country is displeased over poor implementation of Minimum Support Price(MSP) for Minor Forest Produces (MFP) by the Govt. of Odisha.

In press release launched today, CSD has alleged that “the Govt. of Odisha has failed to implement the centrally sponsored scheme “MSP for MFP” in the State in last three years of its implementation.” “Govt. of Odisha has failed to make the forest dwellers of the State aware on the progressive scheme of ‘MSP on MFP’ as a result the procurement of MFPs under the Scheme is very minimal against the envisaged target submitted to Ministry of Tribal Affairs and TRIFED by the Odisha Govt. “ It said.

Raising concern over the poor utilization of the revolving fund (Rs. 7,62,95,528/-) out of the total allocated fund (74,18,33,000/-) to TDCCOL as for both working capital and infrastructure support for the MSP Scheme) CSD has urged the Govt. to immediately revise the expenditure patterns of the working capital allocated to the state over the last 3 years.
CSD has also displeased over the poor coverage of primary gatherers under the schemes which was only 160 nos. in year 2014 and 1499 nos. in 2015 and 2905 in last 2016. CSD also doubt that since there is no estimate of the total number of beneficiaries covered under the scheme, the forest produces might have been bought from the intermediaries and not from the eligible tribals.
CSD has also raised serious concern over drastic reduction of MSP of major MFPs in the revised guidelines issued by the Central Govt. on the 31st of October 2016. According to Chitaranjan Pani, a researcher working on forest rights and livelihood issues in Odisha and who supports the claims of CSD “after the new guidelines, the reduction in MSP has been the sharpest for Lac (57% reduction for Rangini Lac and 53% reduction for Kusumi Lac), Chironjee (40% reduction), Tamarind (18% reduction) and Myrobalan (27% reduction) etc.”. However the new guidelines added more 14 MFPs under the list and have extended the MSP scheme to all the states of the country.” He added.

CSD opined that District level Committee for Monitoring and Coordination (DLCMC) constituted at the district level for effective implementation of the Scheme are completely dormant. There is also a greater need of maintaining transparency required though better monitoring, enhancing the capacity of TDCCOL (through appointing more human resources to handle large scale procurement)

CSD has also questioned the State Forest department for restricting in collection of some major MFPs i.e., Sal leaf, Lac and Gum Karaya despite the provision of MSP for MFPs in Odisha. It alleged that the Scheme is yet to be implemented in Protected Areas i.e., National Park and Sanctuaries despite clarification given by MoTA. Odisha Govt. has violated the FRA, 2006 and its Rules 2007 and 2012 by not implementing the scheme in the protected areas and by not allowing transit pass.

CSD also questioned the STSC Dev. Department, Govt. of Odisha for its failure to review the progress of the scheme being the nodal agency to implement the scheme and also the FRA, 2006 in the State in the last three years.

It is to be noted that the main objective of the Scheme was to provide fair returns to the Minor Forest Produce gatherers(mostly the SCs and STs) with necessary infrastructure at local level. As per the scheme, the Central Government is to provide 75% of the working capital requirement in initial two years in the form of share capital grant and share losses, if any while the State Govt. is to bear the 25% of the cost. The Ministry of Tribal Affairs has been the nodal Ministry for implementation and monitoring of the scheme while TRIFED as the technical agency. Accordingly, the Central government has planned to spend Rs.967.28 crores while States would contribute Rs.249.50 crores.

10 more wetlands from India get the Ramsar site tag 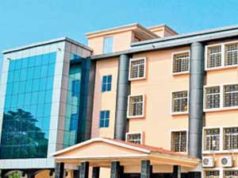 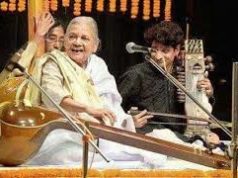