Collaboration between India’s G20 Presidency and Japan’s G7 Presidency, a unique opportunity for both countries to shape the future of the world towards “Vasudhaiva Kutumbakam” : Bhupender Yadav

Union Minister of Environment, Forest and Climate Change,  Bhupender Yadav, held a bilateral meeting with H.E. Mr. Akihiro Nishimura, Minister of the Environment, Japan, today in New Delhi. In the meeting, both the leaders discussed a range of issues including G7/G20 collaboration, LiFE, Marine & Plastic Waste, COP-27 and CBD 15.

Speaking on this occasion Shri Bhupender Yadav said that it is a coincidence that both Japan and India have taken over Presidencies of the G7 and G20 respectively and this presents an opportunity for both countries to set the agendas and priorities for shaping the future of the world towards “Vasudhaiva Kutumbakam” or “One Earth · One Family · One Future”, which also is the theme of India’s G20 Presidency.  Shri Yadav further added that during India’s G-20 Presidency, LiFE is one of the important priorities for all the working groups cutting across many ministries and departments. He also sought support of Japan for India’s G-20 Presidency, and also assured India’s support for Japan’s G-7 Presidency.

The Minister acknowledged and appreciated the efforts made by Japan in bringing new technologies to India. He stressed that India and Japan may explore strengthening bilateral cooperation especially on circular economy and resource efficiency, low carbon technology, green hydrogen among others. 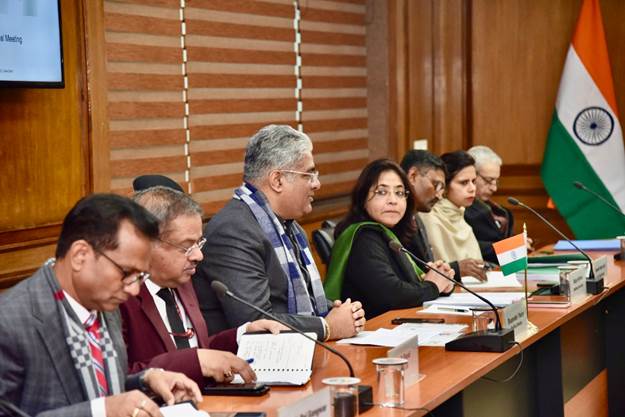 Addressing the 1st India – Japan Environment week Shri Yadav stated that to build a better world and a better future leaving no one behind, we should promote just and equitable growth for all in the world, in a sustainable, holistic, responsible, and inclusive manner.

Highlighting the importance of LiFE for tackling the environmental challenges and the crises of climate change, pollution, land degradation, and biodiversity loss, Shri Yadav said Mission LiFE (Lifestyle for Environment), was launched by Prime Minister Narendra Modi in the presence of the UN Secretary General António Guterres, at the Statue of Unity, Ekta Nagar, Gujarat. First proposed by the Prime Minister at COP 26, Mission LiFE is envisioned as a global mass movement that will nudge individual and collective action to protect and preserve the environment. He said India seeks to lead by example, and invites the global community to be a part of Mission LiFE for individual, family and community-based actions. In this connection, Shri Yadav mentioned about Furoshiki, a square shaped Japanese traditional wrapping cloth that originated around 710 B.C. Furoshiki is eco-friendly and is used for wrapping gifts, carrying goods or as a decoration. The reusable Furoshiki is a sustainable alternative to traditional plastic wrapping paper.

Shri Yadav said the need of the hour is to orient the industrial development towards sustainable production and to be a tool for nudging the sustainable consumption.

Concluding the meeting, both countries also agreed to further promote cooperation between the two countries as well as to work together in multilateral frameworks .