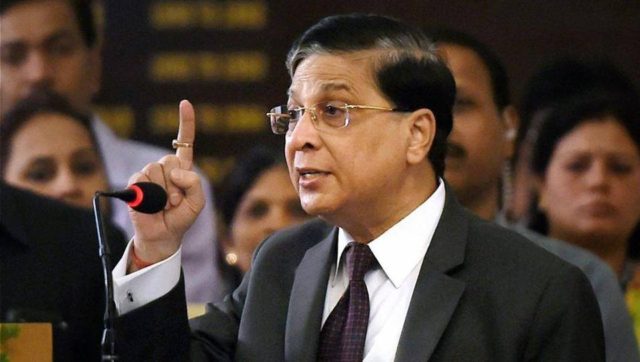 New Delhi: Chief Justice of India Dipak Misra yesterday separately met high-level delegations of top two lawyers’ bodies — BCI and the SCBA. According to the Bar Council of India, he assured them that issues raised by four senior-most judges of the Supreme Court in their press conference would be sorted out soon and congeniality would prevail.

A seven-member BCI panel led by its chairman Manan Kumar Mishra had a 50-minute meeting with the CJI after hectic parleys with several apex court judges, reports PTI. Mr Mishra also said that before meeting the CJI, the panel also discussed the crisis plaguing the higher judiciary with several other judges, including three of the four seniormost judges who held an unprecedented press conference on Friday.
The BCI Chief also said they would hold a press conference today to apprise of their day-long parleys with the judges of the apex court.Supreme Court Bar Association President Vikas Singh also met the CJI and handed over a resolution of the apex court lawyers’ body on the crisis. He said he had 15-minutes meeting with the Chief Justice.