‘Arnala’, the first of 08 x ASW SWC Project, being built by GRSE for Indian Navy was launched on 20 Dec 22 at M/s L&T, Kattupalli, Chennai. She made her first contact with water of Bay of Bengal at 1040 hrs at the Launch Ceremony graced by Smt Rasika Chaube, Financial Adviser (Defence Services), Ministry of Defence. In keeping with the Naval maritime tradition, Smt Rasika Chaube launched the ship to the chanting of invocation from Atharva Veda. The ship has been named Arnala to signify the strategic maritime importance accorded to the island of Arnala (located about 13 Km north of Vasai, Maharashtra) by the great Maratha warrior, Chhatrapati Shivaji Maharaj.

Contract for building eight ASW SWC ships was signed between MoD and Garden Reach Shipbuilders & Engineers (GRSE), Kolkata on 29 Apr 19. Arnala class of ships will replace the Abhay class ASW Ships of Indian Navy and are designed to undertake anti-submarine operations in coastal waters and Low Intensity Maritime Operations (LIMO) including subsurface surveillance in littoral waters. The 77.6m ASW SWC ships have a displacement of 900 tons with a maximum speed of 25 knots and endurance of 1800 NM.

Despite challenges due to COVID-19 pandemic, GRSE has made substantial progress on the ships of this project. Launch of this ship reinforces our resolve towards completely indigenous shipbuilding as part of Prime Minister’s vision of ‘Aatmanirbhar Bharat’. The ASW SWC ships will have over 80% indigenous content, ensuring that large scale defence production is executed by Indian manufacturing units thereby generating employment and capability build up within the country. 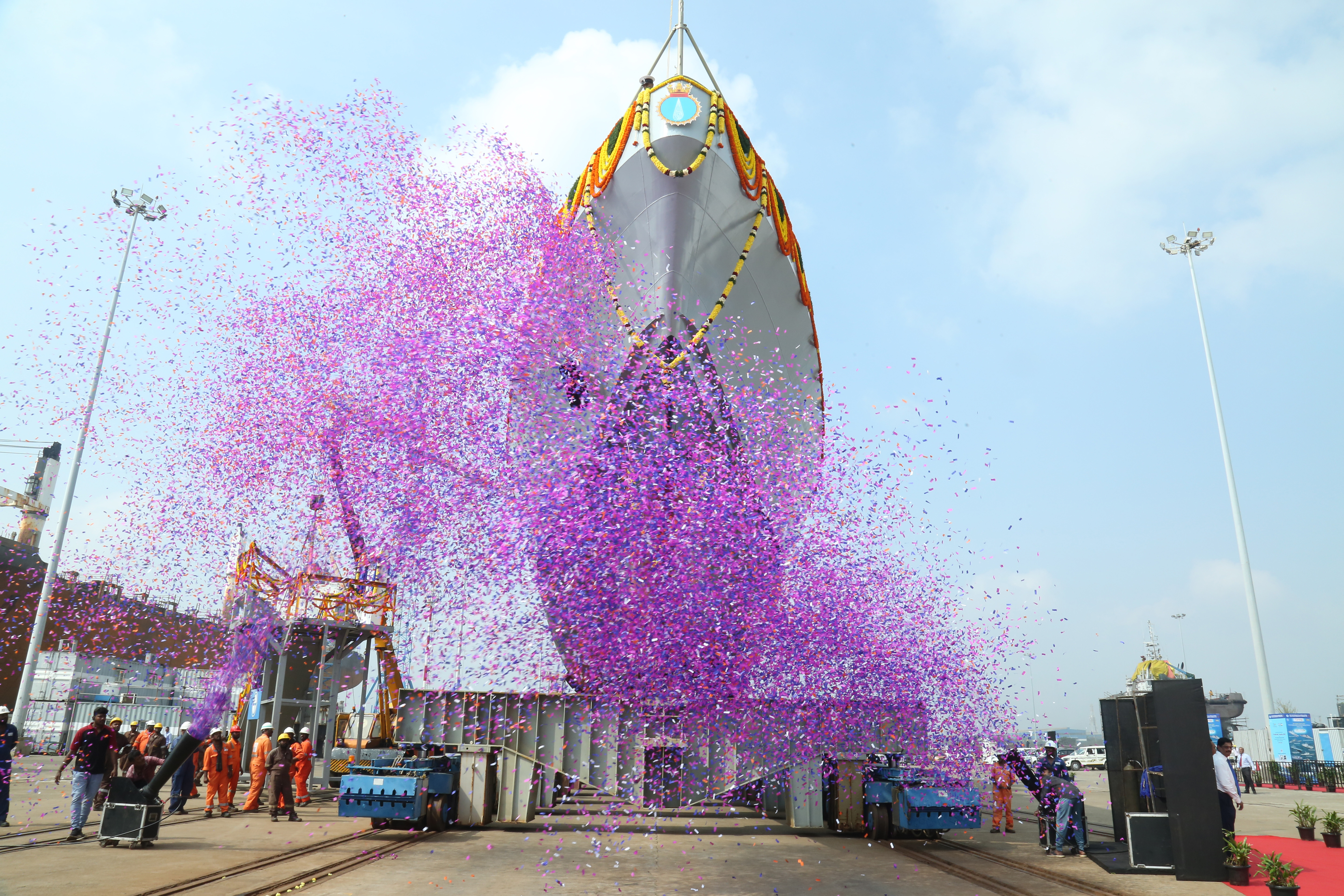